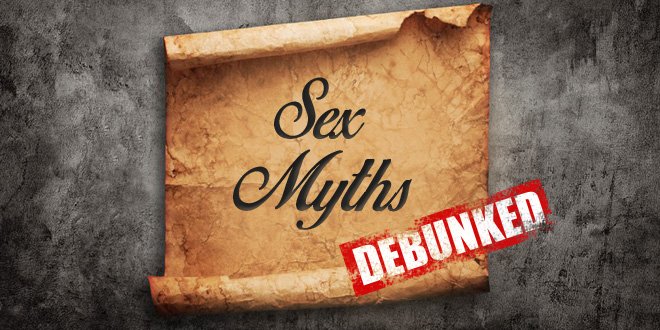 Whether you’re getting it regularly, not at all – or hey, maybe too often – sex is still an often bewildering subject for many people. Sure, you may know the mechanics of it, not to mention the etiquette involved in sex, but chances are there is a thing or two that you’ve heard that might be way off the map. Like for instance, some preconceived notions that you’ve just always accepted as true, or perhaps never took the time to wrap your mind around.

Here’s the LELO lowdown on sex myths and lusty legends, as well as the reality, which is sometimes even more fantastic than the fictions.

The Myth: Less-Than-Perfect Sex is a Disappointment. Hollywood movie producers sure do have a lot to answer for. For one thing, how many times are you all going to have us believe that first-time sex with a new partner is always instantly orgasmic, ergonomic, well-lit, perfectly groomed and, you know, NOT awkward? Real-life will convince you otherwise.

Related Myth: Quickies Don’t Count. Carrying on from previous, this cleaned-up, soft-focus version Hollywood sex long aso posits that long, slow sex is the only meaningful kind there is. However there is something to be said for that kind of sex that is quick and taken where one can get it. Quickie sex – be it with a long-term partner or some gorgeous stranger – is less meaningful for being unglamorous or even unromantic.

The Myth: You Can Be ‘Too Old’ for Sex. Yet again, pop culture propaganda is the prime culprit. As we’re constantly bombarded with lustful imagery on every screen in our vicinity, you will notice that the demographics of beautiful bodies is unwaveringly youthful. Fact: sex isn’t just for lithe twentysomethings. Your parents and even your grandparents were getting it on even after you learned where babies come from.

The Myth: Passion Dies Post-Marriage. When do people stop having sex? Or rather — do they ever? Sure you’ve snickered at an eye-rolling joke about husbands and wives cooling off sexually after the honeymoon is done to the point of cliche, but what’s the reality?

Fortunately, research conducted by the Center for Sexual Health Promotion at Indiana University in 2010 suggests that marriage is a net positive when it comes to sex. Among respondents aged between 25 and 59, a quarter of married people reported having sex two to three times each week. Among single people surveyed, only 5% reported the same frequency of lovemaking. Of course, that’s not to say maintaining intimacy over the years is easy, but it is definitely doable.

The Myth: It’s All in the Hands (or Feet). There’s absolutely no correlation between what size shoe he takes and what’s underneath his trousers. The same goes for that rather ridiculous notion that hand-span (the distance between the tip of your pinky to the tip of your thumb) also bears relation to size.

The Myth: Bigger is Better. Okay for the people in the back, HAVING A LARGE PENIS DOES NOT GUARANTEE GOOD SEX. Nor does it guarantee multiple orgasms, or anything else for that matter. What does guarantee good sex is not having a bigger than normal penis but rather the willingness to please your partner and an abiding enthusiasm for shared intimacy.