Volonté is excited to feature the writings of several sex and relationship experts from Dr. Ian Kerner’s project, Good in Bed. This week we welcome Kate McCombs, MPH (a sex & relationships educator who specializes in teaching strategies that increase empathy and enable connections) as she discusses the benefits of incorporating sexy toys into sex with your partner,  as well as how to go about doing so! 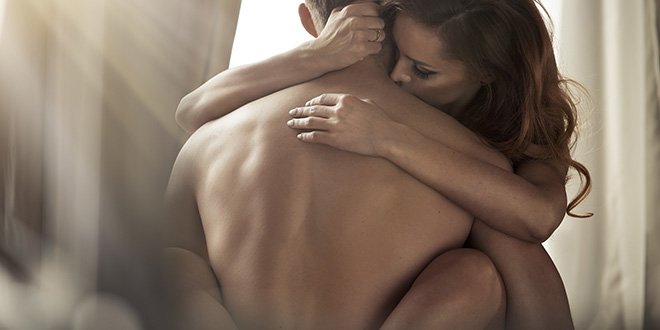 First of all, there is that fear among heterosexual women that their partners will be threatened by the introduction of a toy into the bedroom. What’s interesting, though, is that the vast majority of men are not actually nervous or threatened by sex toys. A tidal change has happened in our culture. Even if someone has never used a toy before, they’re likely still open to it. And if they are nervous, I think it’s valuable to reframe these toys as tools that tool-using primates can use to augment pleasure.

Which plays into another myth I encounter often: that it doesn’t count if you make your partner orgasm with a sex toy. I often use metaphors in my workshops to help people understand how silly this mindset is. If you and your partner are cooking a meal together and you use a food processor or a blender to prepare part of the meal, you still get credit for cooking the meal. Or if you’re building a shelf and you use a drill to put the shelves together, you still get credit for building those shelves.

Why not use tools that help make sex more pleasurable or that help shake you out of your usual routine? You would never tell someone they’re inadequate because they have to use power tools to build something.

Others are embarrassed to go shopping, either in person or online. Some are afraid to step into a brick-and-mortar store and others are worried that, if they do order a toy online, it will arrive in a box with a giant penis on it. But those working in your local sex shop aren’t judging you, and can actually be founts of wisdom if you have questions about what to buy. And as for the packaging that online companies use, they’re always incredibly discreet.

There are also toys for men that stimulate the prostate. Some heterosexual men struggle with how to communicate to their partner that they want prostate stimulation… but that they’re not gay. The fact is, men have nerve endings there. Wanting to stimulate those nerve endings doesn’t make you gay. Happily, I’ve noticed an increasing demand for prostate-specific toys for men. And just the fact that they exist can be permission-giving for dudes to explore that part of their body.

But Why Should I Try a Toy?

How Do I Bring a Toy into the Bedroom?

Despite that well-known image of a woman surprising her man by greeting him at the door in a robe… and nothing else, I don’t recommend buying a toy and then surprising your partner with it when you’re both naked. If you’re going to get a toy to use together, go shopping together so it feels like you’re on the same team.

As for starting the conversation in the first place, one of my favorite pieces of advice is to not underestimate the power of “Hey, I read this article on ___. What do you think about it? Maybe it’s something worth trying?”

As for how to incorporate those toys seamlessly into your sexual activity, it can be highly practical and highly sexy to build anticipation by talking about it when you’re not naked. People really underestimate the sexy power of talking about what you’re going to do to each other later. For example: “Hey. I read about this toy and I’m kind of intrigued. Should we try it? Hey. Why don’t we check it out online? Ooh. Let’s do it, and let’s get the expedited shipping.” Then, by the time it arrives, you’ve basically been engaged in this four-day foreplay. I think that can be powerful for people.

Which Toy Should I Start With?

By the same point, there are some things you might want to look out for, such as good battery power and body-safe materials. As far as batteries go, the strength of your battery will affect the strength of the toy’s vibration. An alkaline battery is not as strong as a lithium ion battery, and a toy powered by a lithium ion battery might not be as strong as a mains powered one.

As far as materials go, never buy anything made with jelly rubber. Phthalate-free silicone toys are a great alternative. But if your budget is limited, toys made out of hard plastic are also body-safe.

Also, don’t forget about lube! It’s a small thing that can make the biggest difference in how people enjoy sex. Oftentimes, people think of it as something they need when their partner is not turning them on enough. But you can use it regardless of how turned how you are. (Plus, how wet you are is not always in line with how much you’re turned on.) A nice, glycerin-free lube is something everyone should have in their toolbox.

In the end, if toys don’t interest you, that’s completely valid. You don’t need sex toys to have a fulfilling, full sex life.

And it’s the same when it comes to kitchen appliances. You don’t necessarily need a blender in your kitchen, but some people get real satisfaction out of having that Vitamix.

How to Choose Between TIANI 2 vs TIANI 3 vs IDA

Kate McCombs, MPH is a sex & relationships educator who specializes in teaching strategies that increase empathy and enable connection. She has a Master's in Public Health with a focus on sexual health from the University of Melbourne and a Bachelor's in Anthropology from University of California at Berkeley. In her approach to healthy relationships, she combines the upstream problem-prevention approach of Public Health with Anthropology's exploration of cultural context. She's consulted for the World Health Organization and her expertise has been featured in The Huffington Post, Fortune, and Prevention Magazine. You can find out more about Kate at KateMcCombs.com 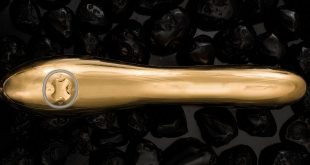 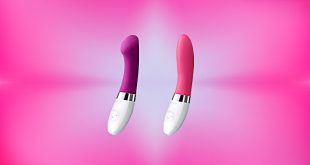 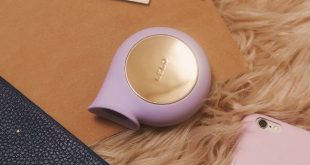