Condoms have a bit of a reputation―one that LELO has charged itself with changing―as something necessary but decidedly unsexy. Ignoring the fact that there are some pretty sexy ways to go about using a condom, you might also be surprised to find out the role a condom plays within kinky (and very sexy) play. 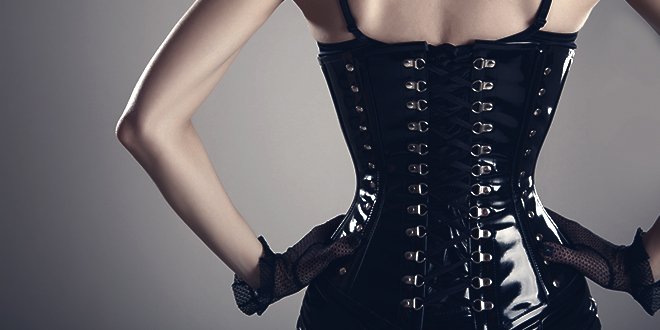 One of the most obvious ways that condoms find their place within the kinky community is at play parties. While not all play parties turn into orgiastic tangles of limbs―many people attend to watch or only interact with the partner they attend with―there is generally an accepted policy that anything that penetrates any person should be covered with a condom, and a new condom be used with the next person.

If you’re considering visiting a professional Dominant, it’s often expected that you will wear a condom even if you have no intention of engaging in any ‘traditional’ sexual stimulation.

Many Dominatrixes (and their less common male counterparts) will ask that client put a condom on as soon as they arrive―before they become erect―simply to minimize the mess that’s made on their expensive equipment by pre-ejaculate.

One of the greatest reasons to love using condoms in kinky sex is how versatile a prop it can be. Maybe you and your long-term partner want to indulge in some role play, such as pretending to ‘meet a stranger from Craigslist’  or picking each other up at a bar. There, a condom serves as part of your ‘costume’ even when you aren’t wearing anything at all. It  can also be used for sensation play ―filled with warm water or frozen into ice, you can play on a blindfolded partner’s sense of touch!

If one partner is submissive and enjoys humiliation―not an uncommon male kink―an extra large sized condom can be used as a humiliation technique. Conversely, a too-small condom can be used―carefully―as a method of applying CBT. When doing so, it is important to keep these sessions short (30 minutes or less) and maintain communication about pain levels with the use of safewords as well as observation to appearance throughout.

5 Surprising Uses for Condoms in and out of the Bedroom