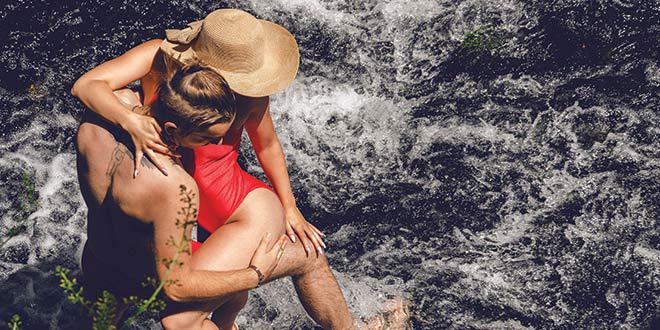 Dream Places to Have Sex (And Their Alternatives)

The average LELO lover is a well-heeled sort; a globetrotter who has traversed the continents and zigzagged the map with their wild wanderings. And because you’re reading this now, we can (rightly) assume that you yourself have felt the urge to turn that next corner or crest that next hill, if only to see what’s on the other side and think to yourself; ‘that’s nice. Maybe I can have sex on that.’

If you’re anything like us, and truly take pleasure in the ‘lust’ part of ‘wanderlust’ – or if you’re simply looking for new places to do it outside the bedroom, get your passports ready, because we’re going on a sex tour!

Editor’s Note: while most of the locations on this list will no doubt be incredible places to share a sensual experience, be informed about the legality of sex in public before you start planning any possible journeys.

A Swanky Place Where History And Art Collide 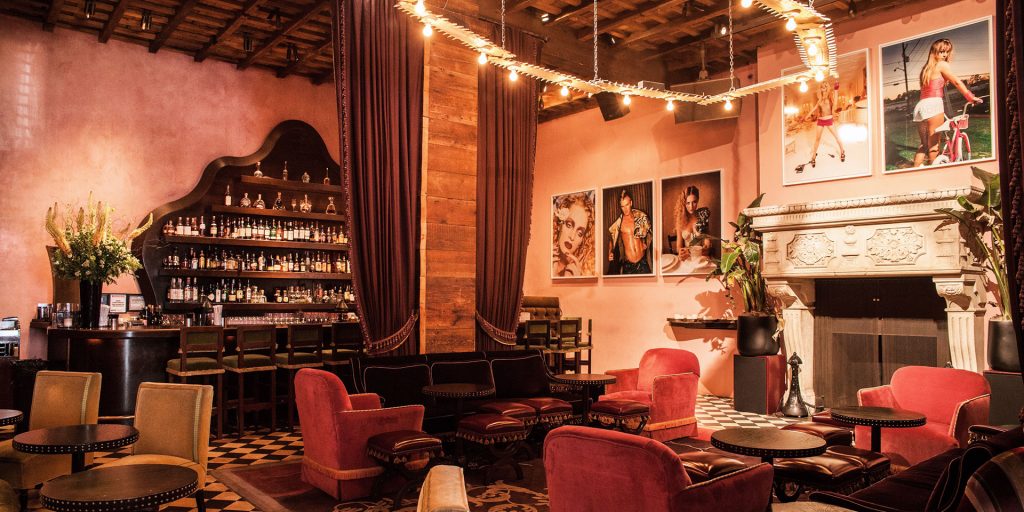 The Gramercy Park Hotel in NYC is everything you imagine when you think of the words sexy & sophisticated. We picture a lady sipping on a Monaci sulla Spiaggia cocktail, wearing a very expensive lingerie set with garters on underneath her dress. This kind of setting is prime for power dynamic roleplaying, like teacher-student or random strangers. The place goes for about $500/night so you better make it a night to remember. 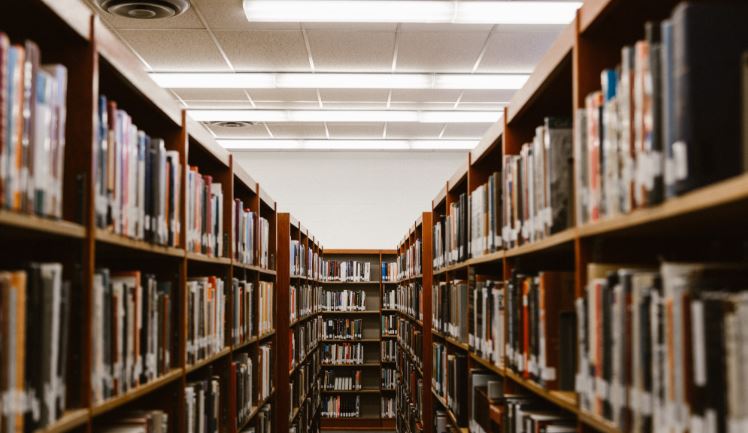 While ideally we’d like to say getting it on in a museum would be awesome, it is a logistical nightmare, so our best realistic alternative to this swanky yet sophisticated place is a library. Being surrounded my books is intellectually stimulating, so it’s no surprise that it’s a common fantasy for most. A lot of libraries these days also have private “study” rooms. So don’t forget to study each other’s anatomies.

An Underwater Suite That Still Makes Us Wet 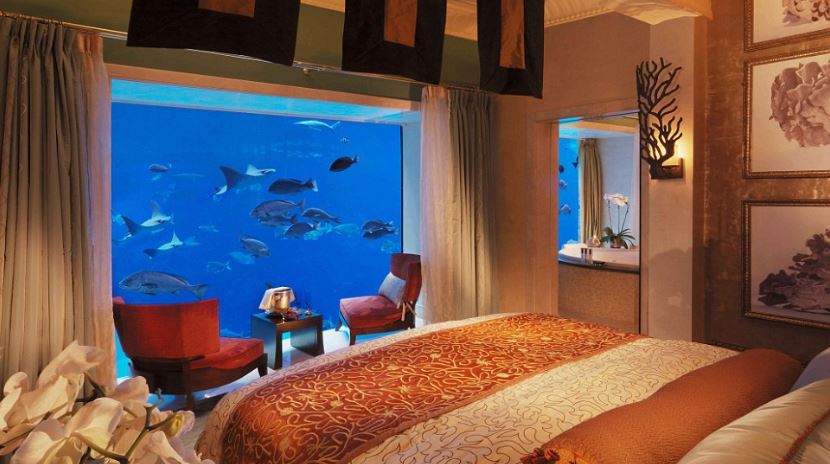 Just imagine the new depths of pleasure and wave upon wave of gratification in this room. That is, if you can even take a break from watching the mesmerizing fish. I’m sure they’ve seen some interesting stuff. I don’t think you want to know how  much this place costs per night. Of course you do, it’s $8,200. Yup, per night. 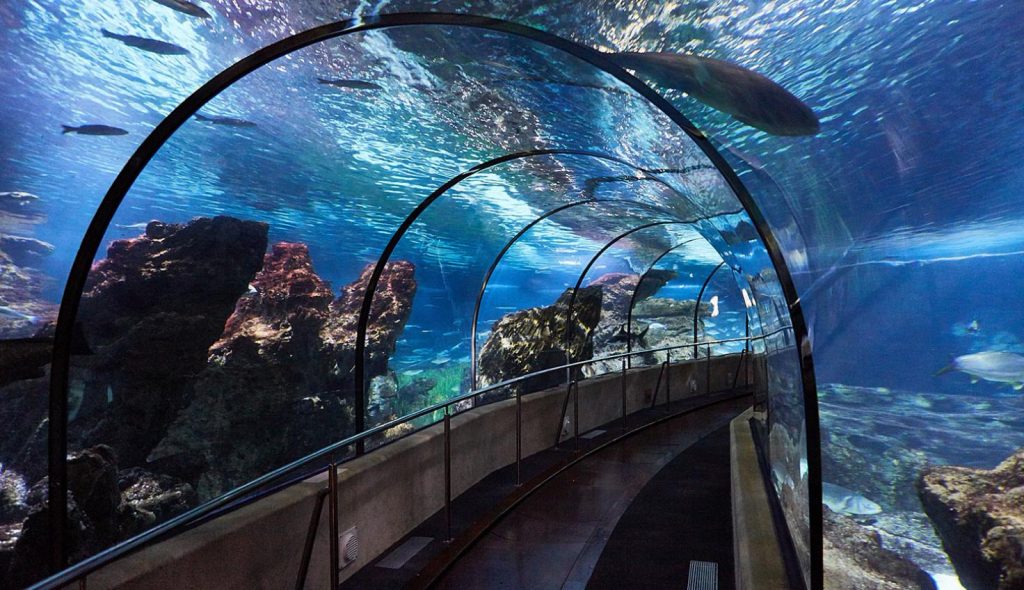 Try your local Aquarium: wait for a gap in the tour groups coming through to gawk at the fish, and get gawked at by fish while you and your partner in crime (and sex) get it on like Jacques Cousteau! But be careful, you may get hooked on the feeling.

Don’t Go Chasing Waterfalls… Or Do 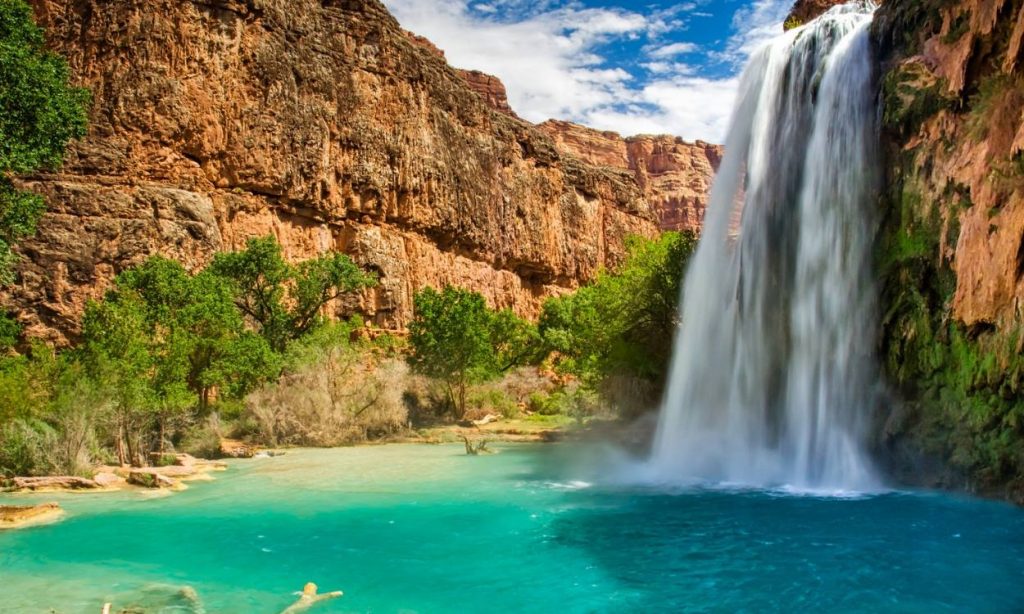 This is perfect for the adventurous couple that wants to take their sexcapades to new limits. There are amazing waterfalls all around the world; Iguazu Falls in Brazil, Ban Gioc Waterfall in Vietnam, Havasu Falls in the US to name a few. Trust me, they are worth at least Googling. This might be the best way to “become one with nature.” 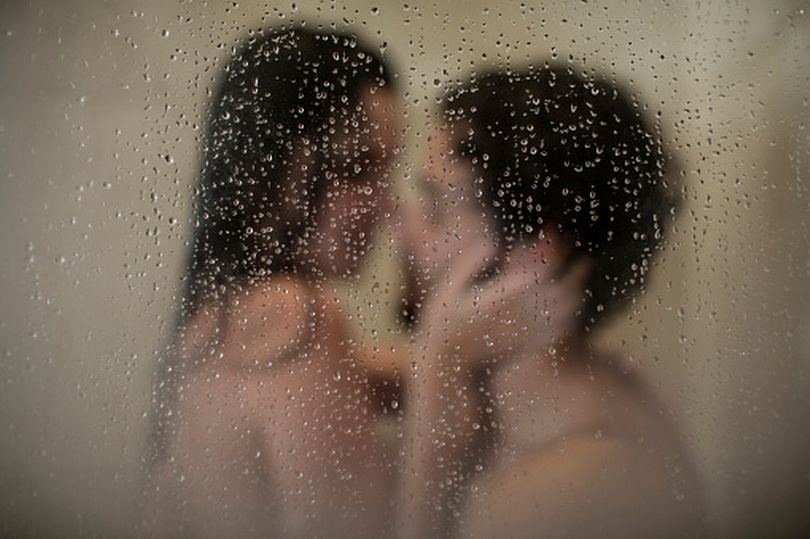 What’s hotter than getting dirty in a place that gets you clean? Side note: water is not a lubricant. Using lubricant in the shower is a total game changer. Sex in the shower gives us a sense of urgency within the privacy of the home, which a lot of urgent sex can’t do. It may just be the perfect balance that gets us all wet thinking about it. Did we mention there are a ton of waterproof massagers out there?

In a Cable Car Zipping Through the Alps 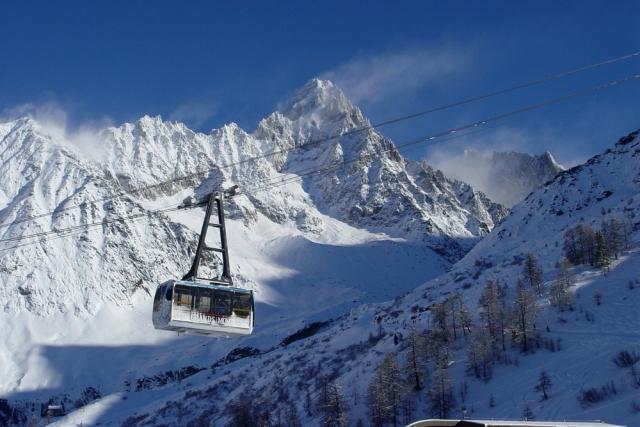 This might have happened in a James Bond movie or something, giving you all the more reason to get shaken AND stirred (sexually speaking) in a bus-sized contraption suspended thousands of feet in the air on a thin little cable. Plus, you need to find a way to stay warm in the freezing cold, right? 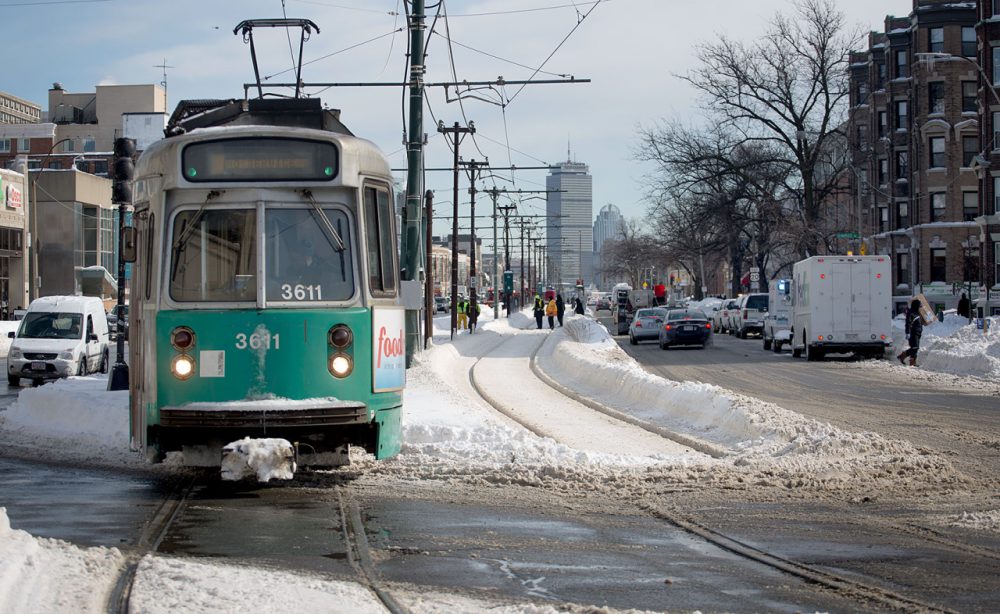 This never happened in a James Bond film, but how about going the more low-key route and see if you can get away with having sex on an elevated subway line? Realistically, the only thing you have to avoid are awkward stares from the other commuters, which will be easy as you watch the city fly by while sharing a tender moment with that special someone. 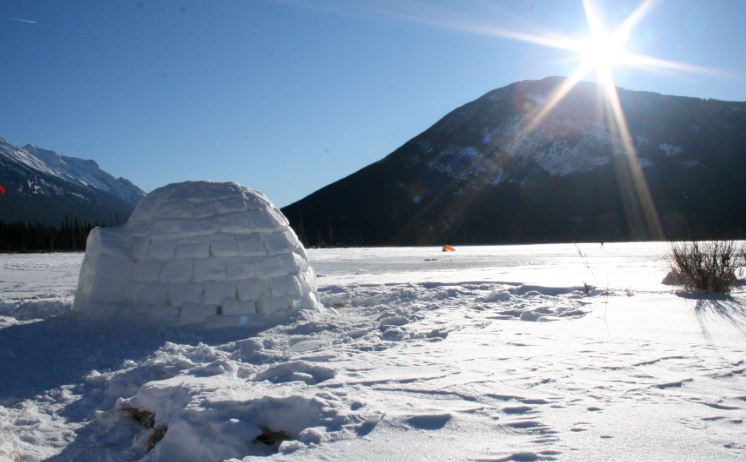 It may be below zero outside, but in your little ice hut you and your lover can get comfy with a bottle of chilled white and the glow of the fire to set the mood. Outside, your husky’s howl is carried away on the frigid, icy winds as the Northern Lights do their ethereal dance among the stars. Let things get a little steamy and warm up your instruments in order to stay warm. 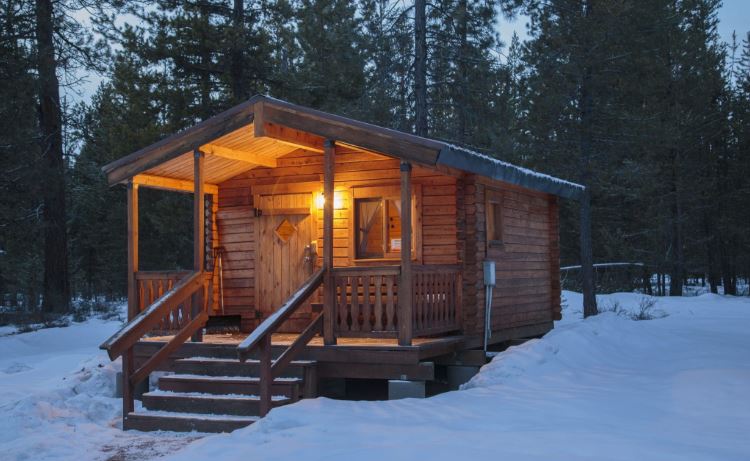 Four inches fell last night with another three forecast for later today, however you don’t mind, at least not for the moment. You’ve just busted your back shoveling hundreds of pounds of this powdered white menace off of your driveway, and you’re filled with a primal pride. There’s no better way to fulfil this primal pride with some good ol’ pleasure. 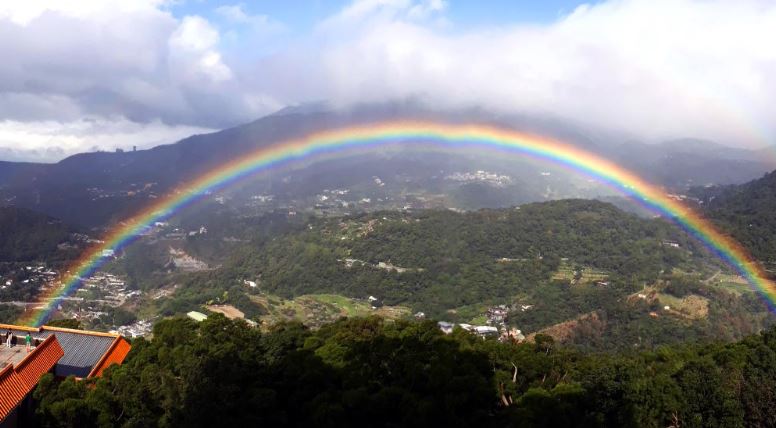 Make the most of the sun re-emerging from behind that rain cloud by getting busy under the rainbow – be sure to keep an eye out for that pot ‘o’ gold! The leprechaun doesn’t have to only come once a year.

Under a Rainbow Flag 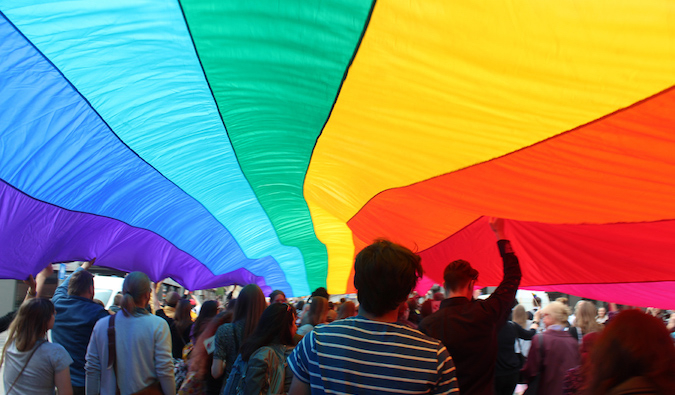 Maybe you bought them ironically or you hired an interior designer who happens to be colorblind. Maybe it’s laundry week and you’ve got nothing left but that flag from the Pride parade last year – simply put, there must be some good excuse for having sex under rainbow-patterned bed sheets.

On the Back of a Unicorn 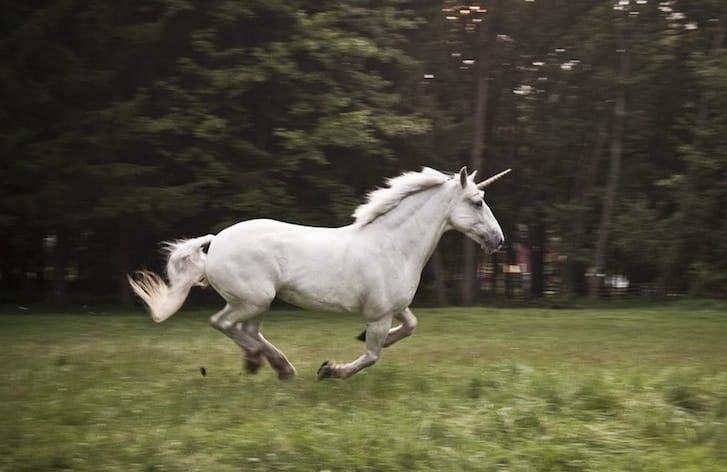 The holiest of holies – because wouldn’t having sex on a unicorn’s back be the ride of a lifetime? Get it? After going to all the trouble of tracking down and taming one of these mythical beasts, you’d be darn sure that we would at least try to have sex on it – and no, a horse with a horn duct-taped to its head does not count as a unicorn.

On a Rocking Horse 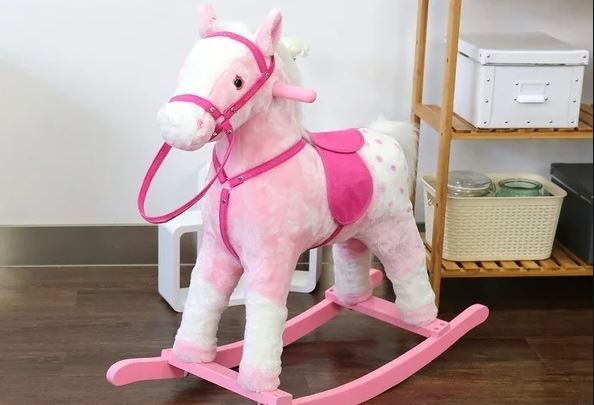 Maybe your kid has one of these lying around, or maybe you’re just into kinky shit. We don’t judge. Keep your magic alive.