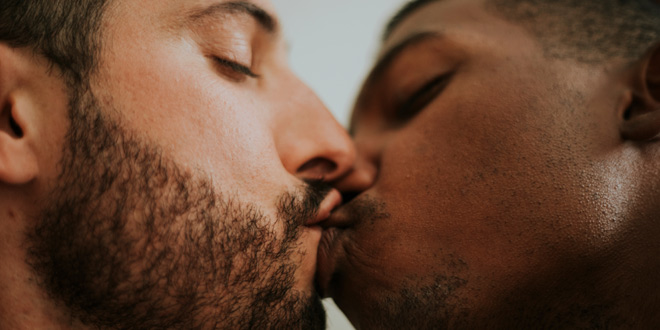 No French Word for ‘French Kiss’ – Until Now

‘Galocher’ is the new term for tonsil hockey, and has been added to the 2014 edition of the Petit Robert French Dictionary that hit bookstores earlier this month.

“We always had many expressions to describe ‘French-kissing,’ like ‘kissing at length in the mouth’” Says Laurence Laporte of the Robert Publishing House, “but it is true, we’ve never had one single word.”

A ‘galoche’ is the noun word for ice skate in French. The term ‘galocher’ has been around for a while as slang for French kissing, evocative of sliding smoothly around ice, or in and around your partner’s mouth in this case.

‘French kissing’ as a term was at one time limited to elite classes across Europe, but its use exploded after being brought back to North America by soldiers returning from the First World War telling of the more exotic sex practices the French were then famous for.

Despite the immense power of words over action, according to Laporte, the lack of a term for French kissing “never stopped us from doing it.”

While French kissing sounds very romantic and magical, there are a few things to keep in mind to improve your technique, and there are even some kinky kissing games you can incorporate to spice things up. There’s nothing more “boner-killing” than when peoples’ kissing chemistry doesn’t align.

Your tongue is just one element of a French kiss.

The tongue is one of the strongest muscles in the body, so don’t knock em out with a single punch! Lips first is the way to go. Actually maybe smile first, then lips, then tongue. It’s important to throw in non-verbal cues to communicate to your partner that you’re present and ready for a mouth party.

Tonguing is a beautiful skill that requires balance between teasing and aggressiveness. It’s easier to note what not to do actually. Don’t play like a dead fish, if you’re going to use the tongue, actually use it. But also don’t force it down someone’s throat.

Like any kiss, play off your partner. People will communicate pretty quickly what type of kissing they enjoy—from sweet pecks to passionate tongue grazing, there are a ton of different types of kisses. If they start incorporating some lip biting, they probably want some in return. Kissing is a really good indication of not only how someone will preform during sex, but also how receptive they can be as a partner.

An intriguing look can be a great transition when done right. Obviously you don’t want to creep someone out with a stare, but eye contact is one of those underappreciated non-verbal cues you can give your partner to tell them that you’re into this tonsil hockey game. It also gives you a time out if you need to catch your breath.

Smiling is encouraged too! Especially that rewarding feeling when you can feel someone smile while kissing. Scientifically, we use gazing cues as a sign of truthfulness, so it makes sense that this factor can intensify the mood.

Unless you’re on a Hollywood movie set, don’t dive into a kiss tongue-first. Just like sex, a hot makeout sesh is a crescendo, or gradual built up. Who says you can’t enjoy kissing or sex in the slow lane? You start slowly with the lips and work your way into some tongue action as the passion builds. The best way to describe a good tease is asking for kisses without using words. If you’re paying attention to all the cues, you’ll naturally fall into a rhythm that hopefully leads somewhere else.