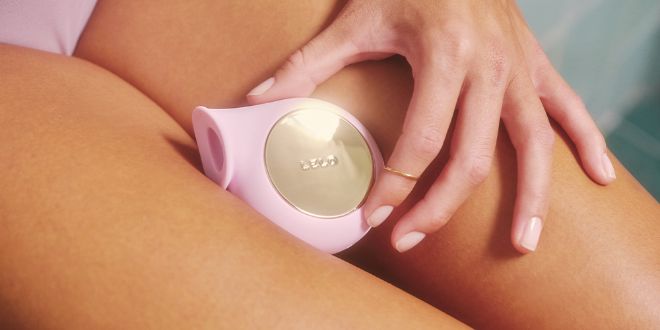 How To Use Clit Sucker SILA with Your Partner

Below is your guide for incorporating sex toys, and clit suckers in particular, into partnered sex. Check out our product recommendations, sex positions, and some interesting stats!

Having sex with toys

Introducing sex toys into a relationship can be intimidating, especially towards male partners who can feel threatened by the idea. The truth is that sex toys can enhance intimacy, but never replace that human connection. Many people find incorporating toys a great tool to having better sex as a couple.

A sex toy that best increases or maintains pleasure for both partners is a clitoral massager. Often referred to as a “clit sucker”, it uses air pulsation technology to send sonic waves deep into the clitoris. And because its main focus is dedicated to the clitoris, which happens to be the way an overwhelming majority of women orgasm, it can also be coupled with other types of sex.

Heterosexual couples can incorporate toys like SILA during penetrative sex, so that the partner with a penis can still be pleasured while adding clitoral stimulation to their partner.

The best sex positions to use SILA with are basically any positions where the partner has access to the clitoris with at least one hand. Of course, any partner with a vulva can use the toy on themselves while having sex, but for the sake of adding an “act of service”, the following positions are the best for using them on a partner.

There are a few tips to keep in mind while using sex toys as a couple.

Don’t skip out on the lube.

While natural lubrication is a wonderful human capability, there’s really no reason not to incorporate a good lubricant. There are times during sex when we can get dry, so adding some “wetness” makes the experience smoother. Plus, it’s just arousing.

Sex is a collaborative experience, which means it’s co-created between you and your lover(s). Try alternating who uses the toy to find what rhythm works best. This allows each partner to prioritize their own pleasure at some point without the stress of focusing too much on one partner.

If both partners aren’t fully open to using sex toys as tools to increase intimacy, the experience could go sour. This starts by good communication when introducing a sex toy into a relationship and continues through the experience itself by trying new things until you find what works for the both of you.

How Many Married Couples Use Sex Toys?

While there isn’t much research about sex toy use during married sex, there is research that confirms that sex toys are more common among women in relationships.

This study conducted by sex therapist Laura Berman through the Chicago Berman Center also found that:

Another study about heterosexual men who had used sex toys on their partner found that participants reported lower levels of satisfaction having used a sex toy on their partner. This could be due to the fact that while using a toy, they were making their partner’s pleasure a priority instead of their own.

The good news is that there are sex toys that can be used on your partner while still engaging in penetrative or other types of sex that can keep both partners pleasured. As mentioned above, clit suckers and vibrators that focus on the vulva are a great option.

While most people assume sex toys are dedicated to singles only, research is slowly revealing that incorporating them can enhance the overall sexual experience. And the more that sexual taboos are being discussed, we predict that the numbers of people doing so will only increase.