Managing Your Sex Life On Antidepressants

Selective Serotonin Reuptake Inhibitors (SSRIs) like Prozac, Zoloft, Lexapro, and many others, are antidepressants that can help treat depression and anxiety. That’s good. They’re used by millions around the world, and they wouldn’t be prescribed if their effects weren’t generally positive. What’s more, the more they are used, the more they are studied, and the better they become over time at what they’re intended to do. Today, the side-effects of taking SSRIs are pretty minimal, on the whole. But, they come with compromises.

The neuroscience behind SSRIs is understood shockingly poorly, but there are some things we do know. As the serotonin from the medication is released into our systems, it suppresses the dopamine neurotransmitters that, partly, facilitate sexual arousal. Our brain’s normal reward systems are manipulated as a byproduct of the artificial introduction of serotonin, and this manifests itself in unfortunate ways, including the reluctance of our bodies to become aroused, lubricated, erect, or orgasmic. Many of us, then, are forced to choose between our sexual responsiveness in favor of our mental health. This is a cruel choice. It’s a major factor in why depression is so difficult to overcome.

But, there are millions who have done it, millions of people who have learned to manage their sexuality while taking SSRIs. Here are some tips about dealing with your sexuality on antidepressants.

So many takers of SSRIs do so out of convenience, simply trusting the medication to do the work for them. It’s too casual an attitude. For the medication to be effective for you, you need to understand the consequences of it, and why it’s doing what it’s doing. In understanding exactly what you can expect from the medication, you can begin to spot patterns in your own behavior – for example, knowing and expecting your sex life to suffer early in your treatment will avoid any confusion and further anxiety about your lack of sexual responsiveness.

Some of us, though, find it hard to tolerate the disinterest in sex, particularly if we were previously happily sexually active. If that compromise is too hard to take, the best course is not to cease the medication, but to look for alternative, supplementary treatments to go alongside the medication. We highly, HIGHLY, recommend speaking to a therapist. Everyone thinks talking treatment is not for them until they try it. Speak to your doctor about perhaps lowering your dose and at the same time seek out a psychological professional until you have the right balance of medication and supportive guidance. Through this, you should be able to reclaim your sexuality while simultaneously handling your depression and anxiety.

Take A Look At Your Desires

It really is possible to retrain our bodies into becoming more sexually responsive with practice. Sometimes our most intimate parts need a little lift to get them back off the ground.

The thought of planning sex at a set time might seem unsexy, but the opposite can be true: allotting a time to be sexual and intimate with a partner can be really helpful, especially when combined with an existing schedule of medication. Some of us experience fatigue and unsexiness quite soon after taking medication, so shifting the time we take it can help us be sexual around it. For example, if the side-effects of taking an SSRI are more pronounced soon after taking them, then take them in the evening. Better yet, don’t take your medication until after the time you’ve set for sex or masturbation.

Strike when the iron’s hot: be sexual when the dose of medication is the lowest in your body, right before the next dose, and choose that time to engage in sexual activity. A lot of us have had success reigniting our sexual desire by facing the fact that we’re not as spontaneous as we want during treatment, and adjusting our sexual activity according to our circumstances.

This situation sucks. No one deserves to be in it. But you’re not alone in this. 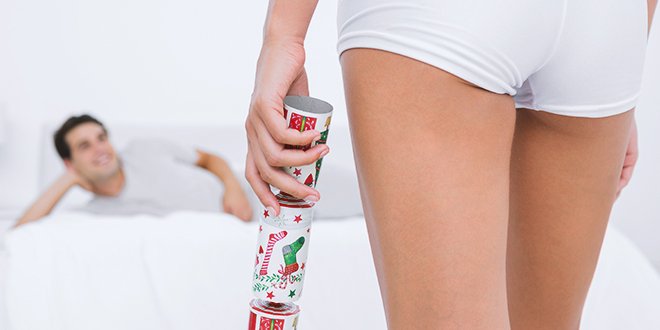