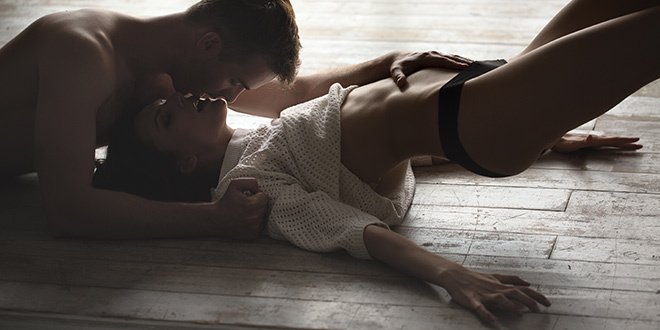 The Secrets of Sex Without Climax

Imagine taking a shower and then just walking away instead of rinsing off the shower gel. Or having a dinner at a fine restaurant but suddenly, instead of eating the main course, just walking away after appetizers and soup. Or even worse; having sex without an orgasm. I mean, it happens to us all occasionally (yes, to men as well) but not on purpose. After all, isn’t orgasm what sex is all about?

The history of non-orgasmic sex

Well, not necessarily. At least no more than setting a return home as the main goal of your holiday cruise. As a matter of fact, the non-orgasmic sex in its various forms is a very old set of practices ranging from coitus reservatus (non-ejaculative sex) as a contraceptive measure and going all the way to thousands of years old sacred sex practices of tantric and taoist rituals that saw orgasmic restrictions as necessary measures on the road to enlightenment. There was even a 19th century Christian commune called Oneida Community that practiced free non-orgasmic love. Among those that supposedly practiced non-orgasmic sex was Prince Ali Khan, who was once married to the famous actress Rita Hayworth. Khan was a world renowned ladies man who claimed to had had sex with multiple women on a daily basis yet only ejaculated once a year.

However, no one took the whole issue further than Alice Bunker Stockham, a Chicago obstetrician and gynecologist and a rather special type of progressive personality dedicated to female liberation, gender equality and sexual fulfillment of both sexes. In a seemingly paradoxical stance, Stockham saw orgasm as the enemy of sexual fulfillment and the principal cause of marital sexual dysfunction. She coined the word Karezza (from the Italian word for caressing) to describe her own approach to spiritual sex that was heavily based on tantric practices. Stockham saw Karezza as a cure for numerous problems ranging from infidelity to marital rape.

Yet there is one clear benefit of the Karezza method that all proponents consistently report – it increases the feeling of intimacy and connection between partners.

The practitioners of Karezza are not generally against orgasming, instead they discern two different types of orgasm, one being good and the other bad. The regular one is called the “peak orgasm” – a short and intense spasmodic burst characterized by energetic depletion. Its counterpart is the “valley orgasm” – a prolonged controllable ride through the pleasure plateau. Which essentially is a feeling you experienced if you ever tried “edging” – approaching orgasm as close as possible and then delaying crossing the threshold. The standard course of the heterosexual intercourse essentially goes in one direction – if the lady is lucky, there is some foreplay until both partners are sufficiently prepared; meaning the vagina is lubricated and the penis is erect enough for penetration. From there, regardless of how slow and gentle the initial pace might be, the rhythm and intensity of sex generally grow to the point of either mutual or at least male climax. After the orgasm, sex usually abruptly finishes.

Check this out: The Average Length of Sex

Karezza love-making, applicable for both straight and gay lovers, takes a radically different direction. After the initial intensity of sex builds up to a level that might result in an orgasm, it is purposely brought back down to a very slow pace. This cooldown period lasts until partners, or at least the male insertive partner, feel far enough from the climax threshold. Periods of lower and higher intensity then interchange for as long as lovers want the session to last. Due to the nature of female orgasm it is of lesser importance for a female partner to avoid orgasm even though she should not actively strive to come. A man, on the other hand, should either delay climax until he decides to end the session, or if well-trained to sustain his sexual urge, avoid coming altogether. This all might seem like an unnecessary self-torture but there is actually a strong reason for this approach within the chemistry of our brain and what sex science refers to as a “passion cycle of orgasm”.

The chemistry of sex

The anticipation of sex boosts the levels of hormone dopamine in our body which peak at the moment of orgasm and then very suddenly crash, creating sort of a biochemical “hangover”, sometimes characterized by a feeling of emptiness. In Karezza dopamine levels don’t spike, but instead create a plateau that allows them to change gradually. But even more importantly – throughout the session duration the levels of hormone oxytocin steadily rise. Dopamine is a hormone of reward, closely connected to various addictions, including sex addiction. Oxytocin, on the other hand, is a hormone of love that strengthens the feeling of connection between partners. Which also might not always be the most desirable thing – as a psychologist friend of mine once told me – you don’t want your oxytocin levels to run wild with someone you only want to fuck.

So should I really abstain from coming?

The Lelo blog would certainly be a strange place to be advising against orgasms. And it would also go against my personal beliefs and preferences. Orgasm is a healthy phenomenon but it would certainly be desirable to be less desperate about achieving it. We live in a world dominated by measurable performance so it comes as no surprise that our ideas of sex have also been shaped by the same standards. Even self-help and sex-advice writers will, in the spirit of goal-oriented sexuality, try to help us have more frequent, or stronger, or even multiple orgasms. Actually, whatever it is you feel lacks in your sex life is likely to have a measurable quality – isn’t it? On top of the whole orgasm issue maybe you need more sexual encounters, or longer sex, or more partners, or a bigger penis, breasts, or ass…

But maybe we don’t need measurable goals at all; maybe quality is what we strived for all along – perhaps the journey is the destination.