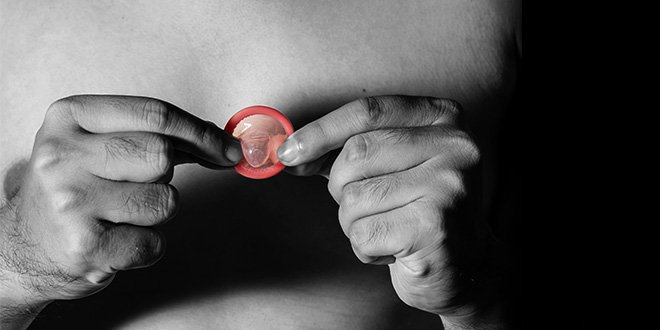 Have You Heard About Stealthing (Secretly Taking off Condoms During Sex)?

We’re certainly not prudish about tackling these topics to help share information with our curious fans so that they may better enjoy sex with full comfort and free from stigma. However, sometimes even we learn about something so disgusting we can’t believe it’s real, and in tackling one such topic today, we sincerely wish it wasn’t.

‘Stealthing’ is the practice of removing a condom during sex without the other person’s knowledge or consent (as we’ll address below).

A recent study from the Columbia Journal of Gender and Law, written by Alexandra Brodsky, investigated the phenomenon, which she found to be overwhelmingly, and distressingly prevalent. In researching for her paper ‘Rape-Adjacent’: Imagining Legal Responses to Nonconsensual Condom Removal,’ Brodsky found online forums dedicated to the practice, where men described their methods for either putting condoms on incorrectly so they would slip off, or how to degrade the condom by using oil-based lubricants rather than water-based lube.

Why Would Anyone EVER Do This?

It is already mind-bending to just consider why anyone would not only expose themselves to risk of infection during an STI pandemic, but also to betray their partner’s trust, as many of the victims Brodsky interviewed said they had experienced this with regular partners. However the reasons many of the forum users listed are absolutely unintelligible to anyone with a kernel of rationality.

A common theme is the idea of ‘man’s natural right’ to spread his seed, suggesting that it did not count as having reached their biologically-determined goal of having sex unless they ejaculated inside their partner―if you’re curious about that leap of logic, there are well-discussed incidences of gay men practicing stealthing. Overwhelmingly, many of the stealthing forum users are under the impression that if their partner ‘ wants the guy’s **** then she also has to take the guy’s load!!!’[1]

A Refresher on Sexual Consent

Consensual sex depends on informed, enthusiastic, and ongoing agreement to sexual acts between partners. To break that down:

Informed means everyone involved has an understanding of the acts that are going to take place and their consequences. Think of Anastasia going through her sex contract with Christian and seeing words she doesn’t understand… and then think about how it would have been a much better movie if she had full had those terms explained in full.

Enthusiastic meaning that everyone involved is actively interested in taking part in play; not giving a half-hearted ‘sure, I guess’ when asked. Remember, if it’s not a ‘F*** yeah, then it’s a H*** no.’

Ongoing seems pretty obvious, but a lot of people don’t seem to understand it fully, which can lead to victim-blaming. You (and your partner/s) are able to withdraw consent at any time during play. This can be because an act you’re not comfortable with has been suggested or attempted, or if you’re just not enjoying it anymore.

Stealthing is sexual assault, plain and simple. It is using duplicitous tactics to involve someone in sex acts that they haven’t consented to, namely, unprotected sex.

Unfortunately, stealthing is not always recognized as assault; it’s generally only considered as such if the victim contracts HIV/AIDS or the tampering with contraception leads to pregnancy, hence the purpose of Brodsky’s study. As she states, “One of my goals with the article, and in proposing a new statute, is to provide a vocabulary and create ways for people to talk about what is a really common experience that just is too often dismissed as just ‘bad sex’ instead of ‘violence.'”