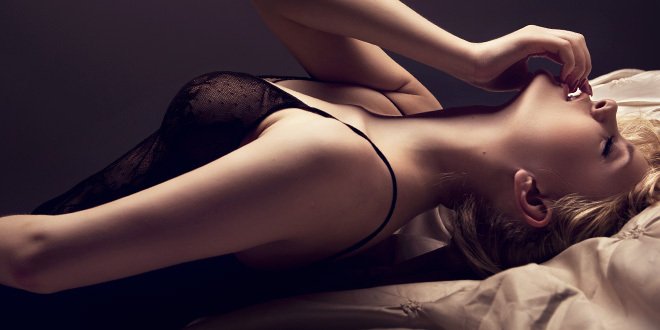 Top 8 Reasons Why We Should All Orgasm More

It’s no secret that we love having orgasms. Orgasms are great. You can have clitoral orgasms, G-Spot orgasms, nipple orgasms, blended orgasm, full body orgasms and many, many more and while we’re not all 100% satisfied with the orgasms we do have, we certainly do enjoy practicing them and thankfully they get better with age.

Not that we need any encouragement, but to celebrate the importance of the orgasm, we’ve compiled the top 8 reasons why we should all have more orgasms.

1. People Who Orgasm 4 or More Times a Week Look up to 7 Years Younger

Dr. David Weeks, a British consultant clinical psychologist and former head of old age psychology at the Royal Edinburgh Hospital, surveyed 3500 people and found those who had more orgasms looked younger. A vigorous sex life, Weeks says, was the second-most important determinant of how young a person looked. Only physical activity proved more important than sex in keeping aging at bay, and in our experience, certain types of sex kills two birds with one stone!

A study from the State University of New York found that women who regularly have unprotected sex are less depressed. Why might that be? Well semen contains a hefty cocktail of molecules including mood-elevating estrogen and oxytocin, cortisol, melatonin, anti-depressant prolactin, thyrotropin releasing hormone and serotonin. It was unclear from the study whether you could see these same benefits through oral sex.

5. Orgasms Get Better with Age

The LELO Global Survey shows only 4% of females are fully satisfied with their climax and only 31% orgasm during intercourse. But the older women get, the more satisfaction they report, with more than 75% of those over 60 claiming their satisfaction is better than ever before, and more claim to orgasm during intercourse. Whether it’s just from having more practice and knowing our bodies better, or the fact that older couples are more comfortable bringing a sex toy like the IDA™ or the NEA™ into the bedroom, we can’t be sure. Whatever the reason, finally there’s something to look forward to about getting older.

6. Men and Women’s Orgasms are More In Sync than You’d Think

Most couples tend not to orgasm together during coitus, with the vast majority of females, 69%, stating they never or rarely orgasm from intercourse alone while 75% of males do, according to the LELO global survey. It’s widely known more than two thirds of all women prefer clitoral stimulation to achieve an orgasm, but did you know that when men and women do reach climax, their orgasmic contractions both occur at 0.8 second intervals. Mind boggling!

7. You Can Train Yourself to Have a Better Orgasm

The muscles that contract during orgasm are called PC muscles, a hammock-like structure that supports your pelvic organs. Kegel exercises train this set of muscles, and offer well-known benefits such as better bladder control. However both women and men can increase the intensity and frequency of orgasms by performing regular Kegels as well!

Dr Ian Kerner, author of She Comes First says: “Your intimate muscles are like any other muscle: their power and efficiency improve with a regular work out. It doesn’t need to be a long, tiring, training regimen. You can begin right now, wherever you are: just squeeze your Kegel muscles for 10 seconds and release, then start again as many times as you want throughout the day.”

There are even training aids available like LELO Beads, made famous by 50 Shades and the new LELO Smart Bead that actually measures your orgasm potential and sets you a personal training routine.

While (anecdotally) sleepiness after orgasm is more associated with men than women, it can actually similarly affect both sexes. As stated above, our brains release a cocktail of chemicals upon climax, which include oxycotin and vasopressin. These chemicals are associated with releases of melatonin, which help regulate your sleep. And, of course, orgasms soothe anxieties and better prepare you for a solid night’s rest.

It’s reassuring to know that our bodies seem to be encouraging us to orgasm more at every turn, whether it be during an intimate lovemaking session with our partner or solo. We should never stop exploring new ways to stimulate ourselves, or give up if we find ourselves in an orgasm slump!