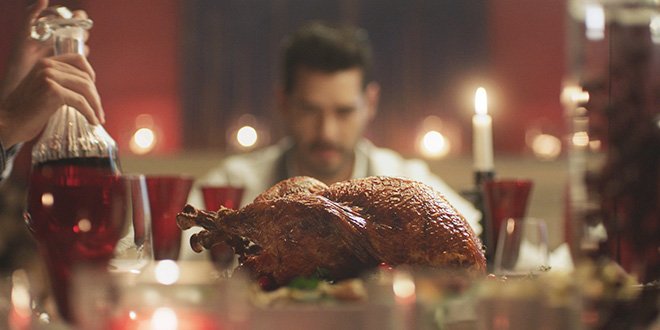 5 Reasons Why Thanksgiving Should Be All About Sex (Again)

Thanksgiving is one of the biggest holidays in the US, if not the biggest. It’s a time for family, for appreciating everything we have in our lives, for giving thanks. And for SEX. Yes, seriously. What most people don’t know is that Thanksgiving is actually a holiday with its roots firmly steeped in sensuality and sex.

This year, we want to show people just how sexy Thanksgiving really is.

You might think the Pilgrims were a puritanical community of sexually repressed people, but that’s really not true at all.

First, the puritans were not sexually repressed, not in the slightest. They openly praised sex in a married relationship, as sex was considered a gift from God. A gift they made good use of. Once the pilgrims landed in what is now known as New England, the population boomed and increased by more than 30 times its starting number in just 100 years, from 21,000 people to over 700,000.

But more interestingly, if a woman wasn’t sexually satisfied with her husband she could file for divorce, with 1 out of every 6 divorces being a direct result of male impotence.

Reason 2: A Harvest Festival of Fertility

Thanksgiving commemorates an age-old harvest festival celebrated by the Pilgrim Fathers in 1621, and is held in the US on the fourth Thursday in November. A similar holiday is held in Canada, usually on the second Monday in October but did you know Thanksgiving was actually celebrated all around the world, well before the Puritans’ time? The origins of Thanksgiving go back even before Christianity, where fertility gods were worshipped during the feasts at the harvest festivals, by the Saxons, the Celts, the Romans and even the Greeks.

Reason 3: The Feast of Aphrodisiacs

For many the best part of Thanksgiving is the dinner. But believe it or not the foods that are traditionally eaten at a typical American Thanksgiving dinner are major aphrodisiacs.

Even as recent as the 1950’s, our more conservative forefathers and foremothers still treated Thanksgiving as a highly sexualised holiday. From scantily clad women, to sexy pilgrims and naughty turkeys, the nations ads campaigns were all a touch on the raunchier side. Even Marilyn Monroe helped to ad some sizzle to Thanksgiving.

Reason 5: The Turkey and the Trimmings