The Scientific Effects of Weed on Sex

In 2020, the majority of Americans had to learn to live with a new reality… cannabis being legalised across the nation in waves. At the time of writing, in July 2020, it’s completely legal in 11 states and the District of Columbia, and legal for medical use in 28 more states. It seems pretty likely that the liberalization of weed will continue, and it’ll be increasingly more widely accepted. In fact, it’s already one of America’s most valuable crops.

There’s been little research beyond the anecdotal to look into the effects of weed on our sexual performance and responses. But two new studies are adding to the growing amount of information indicating that the majority of people have found it beneficial to sex.

The first study, from the University of British Columbia, surveyed 216 marijuana users. It revealed some very interesting findings. Here’s a selection.

That’s almost exactly 3/4 of people in the study who said that marijuana has a positive impact on their sexual responses. Perhaps the most notable point here is that more than 2/3 said it makes them feel more “present”, which, as any sex therapist will tell you, could have huge implications for couples. Being present is one of the most effective sexual and relationship enhancers, and if weed can help, look out for a prescription from your friendly neighborhood therapist.

What about the negatives of the study?

As you might expect, the therapeutic effects of weed aren’t for everybody. A few participants claimed it outright spoiled sex, so use it at your discretion.

The second study, out of St. Louis University, asked 373 women visiting gynecologists if they had used weed before sex. A third of them said they had indeed, and twice as money of those people were likely to report really satisfying orgasms than those who abstained completely from cannabis.

These studies are, of course, not definitive. They include only those willing to be sampled, for example, and the samples are relatively small. They are also taken from a group that’s more likely to have a positive attitude towards cannabis anyway, so the results are skewed. But if nothing else, they do indicate that there are at least SOME benefits to sex of smoking cannabis.

That’s born out by larger studies too. Stanford studied more than 50,000 people over fourteen years and discovered a slight inclination towards more pleasurable sex and a higher libido in those who smoked weed.

More research is needed. Always. And broader too, since there is some intersectionality between race, sexuality and gender that also needs to be understood.

There are some things we can say with some certainty though: that weed seems to be beneficial for some, detrimental to a few, and is better than alcohol all around.

Both of these studies used what researchers call “convenience samples”. The subjects were people who happened to be available. They visited gynecologists or responded to online recruitment efforts and opted to participate. Results based on convenience samples cannot be called definitive, but they are well within the bounds of social science research. The psychology journals would be mighty thin without studies based on one particular convenience sample—college undergraduates. 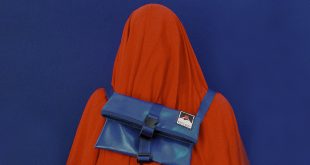