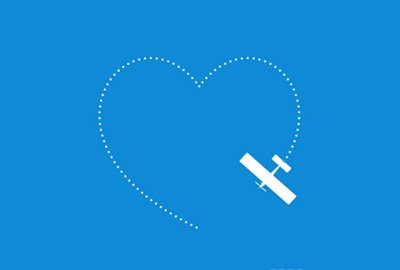 LELO Tips – Sex on a Plane

Ever feel all been-there, done-that towards sex? The Kama Sutra reads like a Dr. Seuss book. You’ve mastered sex in every room of the house, and you’ve even gotten away with having sex in public and traveling with your toys. You’ve tried it all, right?

Not so fast. Because until you’ve had airplane sex, you’re miles away from becoming a true coital connoisseur.

But is anyone actually having sex in airplane? You might be surprised. According to our recent global sex survey, approximately 3% of women have joined the Mile High Club.

But how did they get away with it? Knowing you’d need a co-pilot on this one, we’ve gone ahead and broken down the why’s, where’s when’s and how’s of airplane sex.

People have sex in planes for the same reason people jump out of planes—adrenaline and bragging rights.

Couple the fear of being caught with the bodily rush of doing something dangerous with a racy, taboo, bucket-list topping adventure and you’ve got major life experience points at stake.

The plane’s rear bathroom. Period. It’s the only place that ensures full(ish) privacy and puts you in control of a door lock.

Reactions to airplane sex (aside from high-fives) will vary from country to country; however, an airplane cabin is a public place, and having sex in public is, as you know, illegal. Worth also keeping in mind is that according to British law, even “sex in a bathroom which the public has access to” can get you jail time. Just ask George Michael.

The only sane way to pull this one off is on a long, overseas flight after dinner when the lights go down, and everyone reclines into sleep. Wait until there is at least a five minute interval where no one has gotten out of their seat and, one-by-one, sneak to the plane’s rear bathroom.

Position wise, your most comfortable (read; least uncomfortable) bet is standing with her facing the door and him entering from behind.

Regardless of position, however, bring an air sickness bag along with you. If there’s anyone knocks, pretend that one of you is sick, and the other is just being a caring partner.

As you can see, no admission into the Mile High Club is an easy one. Like all great life achievements, one must boldly overcome fear, systematically calculate risk and hope for a little luck. In the end, however, once you’re in the MHC, you’re in for life.
[related_article id=”3223″ size=”full” target=”_blank”]