Sex is simple. That’s what makes it so complicated.

In theory, sex is nothing more than the biological activity of transferring our DNA to a new generation. That’s really it. Everything we eat, the way our medula controls our heartbeat, the way we interact, it’s all pointed at that simple requirement: to produce facsimiles of ourselves.

But we do. Because of our big dumb intelligence.

We’re drawn to threes. There’s a universal kind of balance inside a three. Triangles, as the most stable physical shape, appear widely throughout science, nature, architecture, medicine, everything really. Three is the number of spatial dimensions humans can perceive, and the basic amount of colors our eyes can see. Every major religion contains some kind of intrinsic trinity, from Wiccan to Zoroastrianism.

I’m being facetious, obviously. But only a little. So terrified at the possibility of instability caused by a threesome, the authoritarian Chinese government has a law against what translates beautifully to ‘group licentiousness.’ A recent case involved a man, who called himself ‘Roaring Virile Fire,’ and his girlfriend with the similarly brilliant name ‘Passionate Fiery Phoenix,’ who were given up to five years hard time for introducing a third into the bedroom. Personally, I think it’s worth having a criminal record just to have ‘group licentiousness’ on it. “Hi I’m Stu *flips out business card dramatically* if you like groups and licentiousness, then I got some haaaard time for you…” *shades on* *gunfingers*

Welcome To The Devil’s Triangle

What little research there is about mixed-gender threesomes is pretty consistent. The three main findings are almost always these:

It would be super useful if men fantasized about threesomes exactly twice as much as women, because then the math would add up 2:1. It’s a lot closer than that, but there’s still a major difference.

From the perspective of evolutionary biology, this makes sense. In fact, it’s predicted by our species’ reproductive history: sexual access to multiple women simultaneously increases the man’s chances of reproducing. It should be no surprise that more men fantasize about MFF threesomes than women.

If that sounds sexually regressive, it does to me too, and that’s my point. All of the normal circumstances of the most common types of threesome are structured in a way that reflects, maintains and strengthens existing sexual power dynamics, and permits the exercise of social privilege. When it’s two women with one man, the women generally derive their pleasure vicariously through his, since most women claim they introduce another woman ‘to please their partner.’ When it’s one woman and two men, the third partner has generally been invited by the man as an assertion of sexual power and ownership over the woman. ‘Come and have sex with my wife’ etc etc.

Now, I can hear you tripping over yourselves to provide exceptions. I know. I know what I just said might not be relatable to you, because you’re empowered and experienced and have agency over your sexual decisions. But I’m not talking about you. You’re in the minority here. I’m talking about the majority. Not you. You’ve read a thousand words of an article about the power dynamics in multi-gendered threesomes published on a luxury sex toy website. Your sense of sexual identity is probably not representative of the vast, vast majority of threesomes happening around the world right now. You’re more sexually literate than the 20-something girl making out with her bi friend because it turns her boyfriend on, and that’s the kind of threesome that’s by FAR the most common.

The E=MC² Of Kink

So, am I saying that threesomes are patriarchal constructs that need to be dismantled? No, not necessarily, but a little reflection, examination and introspection would be very welcome. There’s a weird clause when it comes to sexual progressivity, a kind of get-out-of-jail card. It’s a valid and incredibly important one. It has the improbable physics of two wrongs making a right. It goes something like this:

Let me explain, because this is the E=MC² of kinkiness. This theory is particularly important to those who are powerful and confident in daily life but submissive sexually. Those submissives might know that the role they play is one that only cements existing gender and sexual expectations, but that’s exactly what they’re subverting by performing that role. It’s a fetishization of the sexual role itself.

Sex is simple. That’s what makes it so god damn complicated. 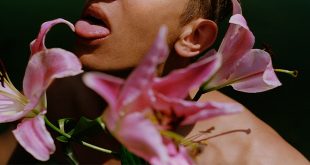 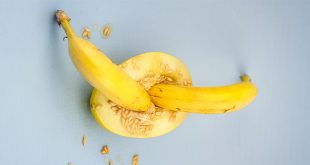