Am I Still A Virgin If I Use A Sex Toy

A question that LELO gets asked a LOT is this: If I use a sex toy before I have sex, am I still a virgin?

No, you haven’t lost your virginity, because virginity doesn’t exist.

We just… made it up. It’s something we constructed as a way to commodify or categorize ourselves sexually. And when I say ‘ourselves,’ I mostly mean ‘women.’

As a society, broken and twisted as we are, we value female virginity so highly that it’s nothing less than cruel. We use it as a measure of purity, and innocence, and any number of other creepy concepts that don’t truly have any intrinsic value.

And according to our warped societal standards, the opposite is true for men. Virginity is something to discard as quickly as possible so that we can get on with the task of taking women’s virginity. The sexual scales are very much tipped in men’s favour. The relationship between the two binary sexes with regards to virginity is directly inverse: boys are under pressure to lose it, and girls are under pressure to keep it. It’s a wonder we ever have sex at all, with all this psychosexual nonsense we’ve invented for ourselves.

What a strange thing to judge each other by: whether or not we’ve had sex. In my humble opinion, that’s the stupidest, most meaningless way we could possibly categorize each other. It’s the lowest possible common denominator. It doesn’t make any sense: if you consider sex to be a physical activity done with a partner, then you may as well judge people by whether or not they’ve played tennis. There’s no pre- or post-tennis stigma. Why is it only sex?

It’s easy to prove that it’s a social fabrication: because it doesn’t exist anywhere else in nature. Our nearest cousins, the great apes like the chimpanzee, place no emphasis on virginity or abstinence. Nowhere else is a female shunned or ostracised because she’s had sex. This veil of purity that we’ve created for ourselves is a solely human thing. Biologically, perhaps, it encourages the impulse for monogamy. But socially, it’s an incredibly useful tool for men to manipulate women into sex. In fact, it’s been said that virginity is a social construct created by men who thought their penis could change who a woman is, or at least her worth.

And if you find a partner who cares whether or not you’re a virgin, hand them your sex toy, and tell them to go fuck themselves.

Check this out: How to Introduce Sex Toys into Your Relationship 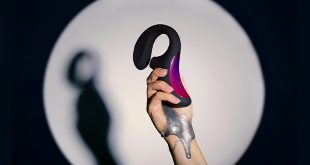 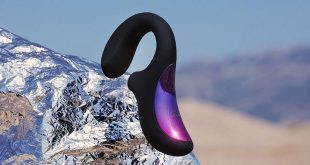 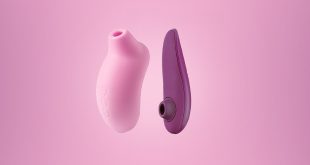