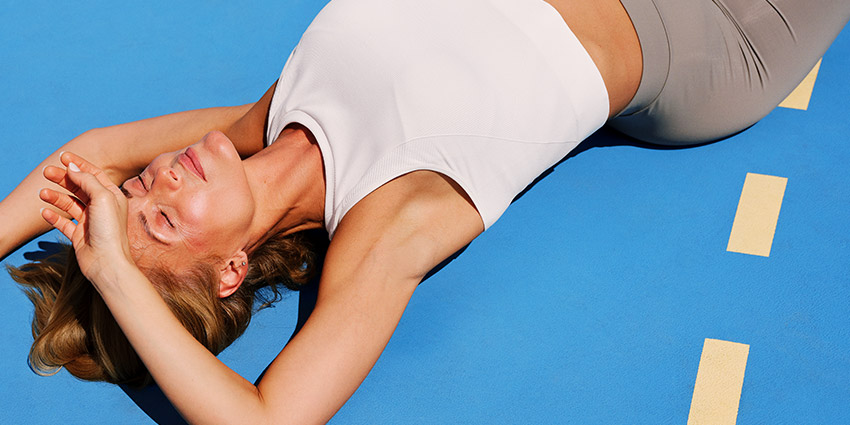 Being Empowered During Menopause

For many, menopause is a period of time that’s daunting, dreaded, and seen in a negative light.

We’re bombarded with messages that lead us to believe that it’s a horrible phase filled with hot flashes, vaginal dryness, mood and bodily changes, as well as sleepless nights.

And while yes, there are some negative side effects to menopause, there are so few individuals who actually notice the positive changes that allow them to truly blossom.

Menopause is a brand new chapter for women, and actually, many who have an open mind and an optimistic view on this period often experience bouts of joy and a sense of freedom that had not yet been offered to them.

Empowerment During Menopause: Transform Your Experience

Today, we’re taking the opportunity to shed light on the gifts that menopause bring. And yes, there are indeed gifts to enjoy. The transition into menopause offers women the chance to make more time for themselves, and to gain more clarity about the future.

How so? Well, one’s brain actually rewires during menopause. It allows women to move away from focusing on meeting the needs of others, and instead, shifts their focus onto themselves and other interests. It’s actually liberating, empowering, prompts self-sufficiency, and the opportunity to do the things they’ve always wanted to do.

In fact, an early 1990’s study followed the lives of women for twenty years as they transitioned from mid-life (50-64) to late-life (over the age of 65). The results revealed that they experienced less negative moods and depression as they entered late-life. The study also found that those entering their 60s were more patient, less tense, and less withdrawn. In other words, there’s a big rainbow waiting for those who go through menopause.

This may well be because, before menopause, women tend to gain their identity and self-esteem from family and relationships (i.e. their priorities are at home).

During and after menopause however, women tend to spend more time and energy with the outside world. Many find that they’re more accepting of themselves and their bodies, and take on a new attitude that encourages them to branch out and experience new aspects of life.

13 Ways to Feel Empowered During Menopause

If you’re experiencing menopause, or you’re simply anxious about it, there are ways to negate or lessen the negative side effects and to create a life for yourself that you love.

Now is the best time to embrace this new chapter as your body goes into a new phase and your brain prompts you to seek outside joy and fulfillment.

9 Reasons to Look Forward to Menopause

You may be thinking that we’re totally insane proclaiming that one can “look forward to menopause,” but it truly is possible. A positive mindset is well within your reach, and the tools to make this an exceptional period of your life are already innately within you.

And so, here are nine reasons why menopause is actually a fantastic phase of your life.

Menopause can be entirely liberating because it means the end of periods. There is no more added stress of tampons, pads, menstrual cups, heavy bleeding, cramping, or even missing out on life due to these negative symptoms. And let’s not mention the stress that can come from irregular periods and possible leakage.

PMS (Premenstrual Syndrome) is very real, and has the capacity to plague women one to two weeks before their period. From tender breasts to headaches, cravings and irritability, it’s been said that at least 85 percent of menstruating women experience one of more of these symptoms each month (according to the American College of Obstetricians and Gynecologists). Menopause equals no more PMS.

3. No Pregnancy Scares or Concerns

Finally, those experiencing menopause can have sex without the worry of falling pregnant. In fact “among American women of different ethnic groups, sex without thinking about pregnancy was frequently cited as one of the benefits of menopause,” according to Nanette Santoro, MD, professor and director of Reproductive Endocringology. And actually, the lack of worry has led to many women enjoying sex a lot more once they’ve reached menopause.

Menopausal zest is the rush of energy, both physical and psychological, that some women experience after menopause. In other words, it’s when they’ve managed to really look at their life during this phase, taking stock of their relationships, professions, friends, hobbies, and lifestyle. In many cases, women tend to put their best foot forward, and strive to move in the direction they’ve always dreamed of, both personally and professionally. Their time becomes more meaningful to them, which enhances their quality of life.

For women who’ve had children, menopause is usually a time that they’re experiencing that “empty nest” feeling. And while this can be a difficult time, it’s also an opportunity to pursue personal ambitions and for menopausal women to put themselves first. For many, 50 plus is the period that comes with a greater sense of confidence and the ability to handle whatever comes their way.

“You have half your life to live. Stop holding back because the party starts now,” says Dr Stuenkel. This expression itself has shown many positive results in menopausal women as it inspires them to take more chances and indulge in new activities. Using dating apps, traveling, trying new foods and new hobbies, all is possible.

For a lot of women, menopause is a time spent on self-love. This is especially true for those who’ve had children and who’ve already established a career. Menopause is a time of rejuvenation, to take better care of one’s health, to make changes to their routine, and to try new activities that are healthy such as yoga, meditation or even tai chi.

While women do have the capacity to become lifelong friends from young ages, there’s still an element of cattiness or even competition when it comes to women in general. During menopause, it actually benefits women to bond and discuss their symptoms in order to empower themselves and others. As we previously mentioned, talking to an older woman for guidance and reassurance is also an excellent idea for those who are newly-menopausal.

When we say pelvic pain, we’re not just talking about menstrual cramps. Pelvic pain can be caused by anything from ectopic pregnancies, and miscarriages, to cysts, fibroids, and cramps during a woman’s childbearing years.

In the case of fibroids, these are benign growths that can grow when estrogen levels are high (such as during pregnancy and peri menopause), often causing spotting and abdominal pain. When menopause begins, these fibroids begin to shrink, which means much less chance of experiencing pelvic pain.

And so, menopause doesn’t seem so scary after all, does it? Most of the time, it’s merely having a positive attitude towards it and taking on new and exciting activities of self-love and self-care that can make all the difference. Enjoy this stunning new phase of your life.