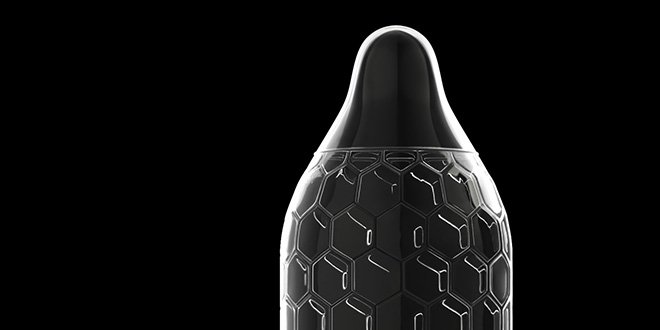 Every Woman For Herself: Women are Now Buying as Many Condoms as Men

With International Women’s Day on March 8 aiming to #BeBoldForChange, many sex experts and authorities around the world have begun to recognize the importance of condom buying by women.

The fight to change the stigma around condom use and ownership is just one of many battlegrounds under threat from increasing legislation on reproductive rights.

However, while most marketing has been aimed at men when it comes to selling condoms, we’ve stumbled upon an interesting phenomenon in the first year since launching our own HEX™ condom; namely, that women are now buying nearly just as many condoms as men.

In a recent survey conducted by LELO and OnePoll, just 14% of respondents were completely comfortable buying condoms in person, and yet market research indicates that women represent around 40% of all condom sales. In fact, our own website analytics indicate that more than 47% of buyers of the brand’s HEX™ condoms are women.

Taken with the fact that 28% of ALL women (not just single women, but women from every section of the survey), regularly use condoms, it becomes obvious that there is a need and a desire for condoms.

Finally the stigma is shifting, but there is still a way to go.

After all, the same study showed that almost the same amount of women carry condoms on a night out (6%) as women who will take a toothbrush (4%).

In an effort to combat this, several authorities on the subject are working independently to close the gap between the desire for and unwillingness to buy condoms. One such advocate is Cindy Gallop, of MakeLoveNotPorn:

“We want to end the double standard that considers women who carry condoms sluts; we want carrying and using condoms to be seen as a badge of honour for women (and men), because it says ‘I’m good in bed the way it really counts’; and using LELO HEX says, ‘I carry the most cutting-edge condoms you can buy, because that’s real #condomhotness.”

The powerful and empowering sentiment is shared by another luminary of sexual discussion, Dr. Zhana Vrangalova:

“For the first time in human history, women have the luxury of having adventurous sex without dire health consequences. Probably the most powerful tool that women have to protect their sexual and reproductive health is the condom.  And our health is too important to leave that responsibility to our partner(s); we must take it into our own hands by always carrying condoms and insisting on using them.”

International Women’s Day is not just a celebration of women, but an acknowledgment of the struggles currently being faced, and those yet to come. We, as a pleasure brand, continue to support the advancement of the sexual rights of all women.

It’s almost a shame that we should feel like it’s necessary to politicize condoms. In a perfect world, a condom would quietly enhance safer sex. But the world is very far from perfect. By releasing HEX™, and with our long heritage of designing and offering truly liberating sex toys for women, we hope to show that there is a sense of empowerment in the active and deliberate protection offered by the choice of carrying and using a condom.