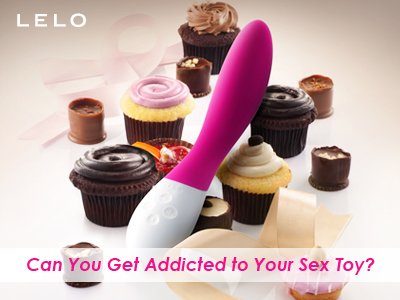 The Benefits of Sex Toys

We may be a little biased, but we believe sex toys do a lot of good for the majority of people. They can help you figure out what sort of pleasure you like, bring you on-demand orgasms, and even bring you and your partner closer together!

But can you get too much of that good, good stuff and possibly become – gasp – addicted to your sex toys?

But are Vibrators Actually Addictive?

First off – let’s break down the notion of actually being addicted to one’s vibe. Addiction denotes enslavement to a habit, specifically to the point where it becomes a harmfully disruptive force in your life. While it’s possible to form an unhealthy obsession with anything, it’s unlikely that your fondness for your favorite G-spot massager is going to get in the way of other parts of your life.

The alarming thing is that this notion is one that many people believe, leaving some worried that once they turn to toys, then they won’t be able to find pleasure with a partner alone.

What About Sex Toy Sensitivity?

So whether you’re just getting your start with sex toys or if you’re a bona-fide pleasure pro, knowing how you take your pleasure is valuable wisdom you can gain through self-pleasure, and is more than worth passing on to your partner for a win-win situation of the best kind!