Bow Down to the Cuckqueen! 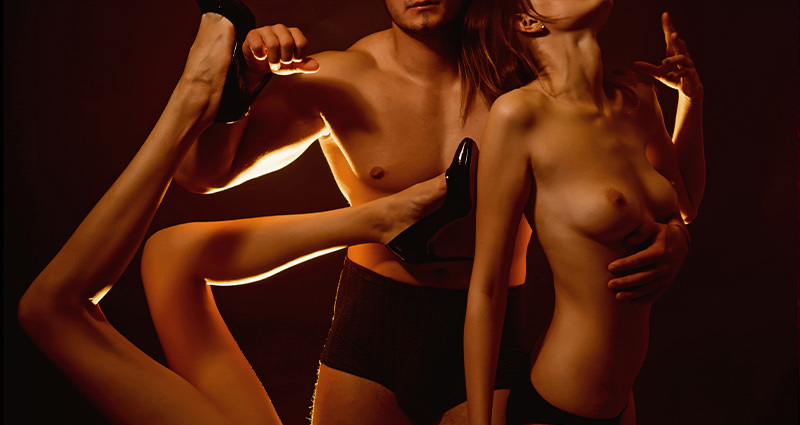 You see, in a world where societal norms dictate how we’re ‘supposed’ to live our lives (you know, get married, have babies, work a boring office job, etc. etc.), embracing kinks and ideals that stray from this is the ultimate form of freedom.

So, let’s get into the ins and outs of what a cuckqueen is, and how it’s a practice that may just float your sexy boat.

In other words, cuckqueens enjoy, and gain pleasure from, watching their partner engage in sexual activity with someone else. Sharing is caring!

In this kind of interaction, there are three people involved:

But it does get a little more complicated than that…

There are different types of cuckqueens, each at different degrees on the spectrum of tame and fetishism.

This is the milder form of being a cuckqueen, and is when a woman knows that her partner is indulging in adultery but she doesn’t mind. In fact, the idea turns her on.

Does the idea of being, or being with, a cuckqueen excite you? Or are you puzzled as to how one could derive sexual bliss from it?

There are actually a number of reasons why this practice is so appealing!

What’s So Appealing About Being a Cuckqueen?

For those who imbibe the practice of being a cuckqueen, they may love it for one of many reasons. Some include:

Interested in Being a Cuckqueen? 5 Tips for Ultimate Satisfaction

If any of this has caught your attention and you’re intrigued to learn more, here are 5 tips to guide you:

Needless to say, being a cuckqueen definitely does hold a sense of thrill! But remember to bring yourself back down to earth and think about it rationally before jumping into your new-found fantasy.