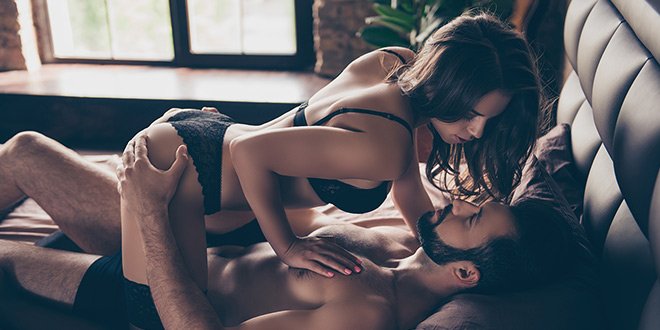 Do sex toys have a place in a healthy relationship, and why?

Absolutely! I like to think of sex toys as just one of many tools in your pleasure toolbox – just like your hands, mouth, genitals, anus, etc. It’s one of many and different ways to give and receive pleasure – and the more pleasure, the better. So any relationship where sexuality plays an important part can benefit from incorporating various sex toys as a way to expand your own and your partner’s pleasure palette.

In addition to adding variety, introducing sex toys can have other great benefits in a relationship. It can take the pressure off when a partner cannot perform certain acts for whatever reason. It can allow partners to engage in sexual acts that would otherwise be anatomically impossible (like penetrative sex in female-female couples, or anal penetration of men in female-male couples). Bringing up sex toys is an excellent way to start sexual conversations and thus improve sexual communication, something that so many people struggle with. By opening conversations, it can also be a gateway into fulfilling other sexual fantasies one of you might have. And for some folks, like those with lower sensitivity in their genital area (including some older post-menopausal folks, trans folks, and folks with urinary incontinence, various sexual dysfunctions, or multiple sclerosis), vibrating sex toys in particular are often necessary for experiencing pleasure and orgasm.

How to introduce sex toys in a 12 year old relationship where sex is awesome and toys are merely a curiosity?

I think the most important thing is to introduce it as something that’s fun, something that is going to spice things up, bring more pleasure to both of you, take your sex to the next level. You don’t want to introduce sex toys as something you’re interested in because you’re not satisfied with your existing sex life. So make sure you bring this up when you’re both feeling pretty good about each other and your sex life. You can bring it up by saying you read it in an article, saw it on Instagram, a friend told you about it… And then suggest going to a sex store together to check out the different options, or shop for a sex toys online together, make it feel like something that you’re doing together as a team.

Find out more: How to Introduce Sex Toys into Your Relationship

How to use sex toys without hurting the other person’s ego or feelings?

This is something that a lot of people fear, especially women who have sex with men, because there is this misguided belief in society that wanting to use a sex toy would indicate to your partner that they aren’t skilled enough at pleasing you. And this is even more pronounced for heterosexual men, whose masculinity is intricately wrapped up with their level of sexual prowess. Of course, this view is simply wrong. Sex toys can often do things that no man (or human in general) can do, no matter how amazing or skilled. And so, they are not a replacement, they are an addition. And if your partner can give you more pleasure by using a sex toy skillfully, and if they are the one wielding that sex toy and giving you that pleasure, that still speaks to their skill as a lover and should build their confidence.

But the good news is that women’s fears that sex toys would hurt their partner’s feelings seem to be overblown. A 2011 study of a nationally representative sample of over 3,000 Americans found that only 30% of men believed vibrators were intimidating to women’s partners. In fact, slightly more women, 37%, shared this concern. I’m not going to tell you that you’re never going to meet someone who will feel like introducing a sex toy is an affront to their ego, because those people certainly exist. But they seem to be in the minority. And if they can’t overcome their insecurities so that they can provide the pleasure you want and deserve, maybe they don’t deserve you and you should look for a partner who’s more compatible with you.

Is there a stigma with guys having sex toys?

Is there a LELO for the male prostate?

Yes, there is! A couple of them in fact. My two favorites are the HUGO and the LOKI Wave.

What type of lube is safe to use with sex toys?

How does a cock ring with vibe work? Wouldn’t he have to be all the way in and then just… stay still?

Vibrating cock rings, like TOR 2, obviously provide continued vibrating stimulation to the penis wearer. But it can also provide great stimulation to the receptive partner. How? If you’re having sex with a clitoris- and vagina-owner then you would go all the way in until the cock ring is touching your partner’s genitals. But then you don’t sit still; instead, you grind, you do that slow grinding motion that is more of an up-and-down than in-and-out. What a lot of men don’t realize is that grinding is exactly the kind of motion that makes a lot of vagina-owners orgasm during penetration, because it simultaneously stimulates the external part of their clitoris and can often hit their g-spot as well! It’s not the constant in and out, in and out, that you see in porn all the time. (The in-and-out looks good on camera, but does very little for women’s external clits or internal g-spots, and therefore rarely gets them over the edge.) Add some vibration to that external clitoral stimulation from the cock ring while grinding, and you got a pretty good chance your partner will be loving it.

What do you suggest for couples that have toys, but want to step it up a bit?

It’s hard to answer this question without knowing what toys you already have, but one thing I love to play around with is the remote control. A lot of the LELO toys have remote controls and so you can give that to your partner and then have them control what kind of stimulation you’re going to feel and when. If you’re feeling really adventurous, you can take this out of the privacy of your home, and play around with it in public – on the street, at a restaurant, on the plane… the possibilities are endless. It’s an excellent way to get naughty in public while keeping all your clothes on and not getting in trouble with the law 😉