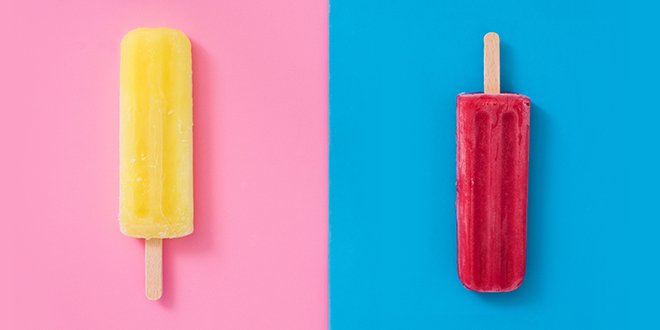 We’ve all been a bit nervous when about to give a blow job, whether it was our very first time, the first time with a new partner, or even just after hearing people joke about terrible head. Intrusive thoughts about whether you’re doing it right, how you look, or if the person it enjoying it will not only distract you from the task at hand, but also stop you from relaxing and enjoying yourself.

But easier said than done when you’re stressed about it right? Well sit back, put down the chapstick, and take a look at our guide to giving exceptional blow jobs.

This is the biggest part of a penis, and also has the fewest nerve endings. The warmth of your mouth around it will feel great, but while running your tongue along it can be great at the beginning, it can be lacking in sensation after a while. Plus, it pays to be conscious of the fact that wherever you’ve left saliva can get cold if you don’t return to it.

The head of the penis is comparable to the clitoris in that it has the majority of the nerve endings are (and the two in fact originate from the same material when we’re embryos.) The highest concentration of these nerves is around the outer ridge, which can be much more pronounced in uncircumcised penises. Kiss, lick, suck, nibble (gently!) all over it for intense sensations.

Meatus Urethrae is the technical name for the hole where ejaculate comes out. Not super important for this discussion but it’s a fun word to say. Meee-ey-tuhs. Ha.

While in the United States non-religious circumcision is really common (about 79% of the population) it may surprise many to know that it isn’t the default elsewhere in the world. Even America’s relatively similar (culturally-speaking) neighbor to the north has only about a 30% of the population circumcised, which varies from almost 0% in one province to 40% in the one next to it.

This is the V-shaped part under the head of the penis where the glans meets the shaft. It has some sensitivity to it, but less than the glans itself.

The balls are the most sensitive part, but not always in a pleasurable way. Nerves surrounding the testicles go all the way up the stomach, which is why getting hit there will make people curl into a ball or throw up. Now, that doesn’t mean to avoid them per se, just to be careful. Some people enjoy having them cupped, sucked, or even gently tugged, but some people don’t.

Fancy word, isn’t it? Kinda sounds like it might be a flower or something. It’s actually just the space between the balls and the anus, called the ‘taint’ in some circles, the ‘gooch’ in others. Using your fingers (or a small handheld vibe like ALIA) to stimulate this area with firm pressure can kick the pleasure up a notch, but also might make them jumpy if they a) think you are about to put a finger up their butt and b) really don’t want you to do that.

Methods for a Mouth Full of South

You might be sitting there with shaft in your mouth and balls in your hands, saying ‘Now what?’ (but probably not that clearly). Here are a few techniques you can try out (just remember to breathe through your nose.)

Use the tip of your tongue and your lips (well-wetted but only half-parted) become acquainted with the various fine parts of the anatomy listed above. It’s a great opening opportunity to test what kind of pressures and sensations are most effective in particular places, because no two people are exactly alike.

Maybe some want you to gently suck the frenulum, while others enjoy you licking where shaft and testicles meet. Maybe they enjoy the extra sensation of vibrations during oral, you never know until you try!

Your tongue is a pretty strong muscle, use it to stroke the various sides of the shaft and head. Using the flat of your tongue to make contact and exert slight pressure as your move up and down is great for the ‘basic’ motion of head.

Using your lips to make a seal, you can exert a much stronger suck around the head and shaft as you move up and down with shorter thrusts, which feels amazing provided there is enough lubrication. Be careful though, over-using this technique can get dull (hey, even we would get tired of chocolate cake ever day) and get really tiring for you.

Using your hands during a blow job (on the shaft, balls, perineum) isn’t wrong; it adds another 2 dimensions of sensation. Alternate between using your first finger and thumb to stroke the shaft while sucking, then the first- and second- fingers with thumb, then just the ring finger and thumb, etc etc. Switch it up and move and up and down, from 2 finger to your whole hand and back again.

You can also bring your hands from the shaft the glans, using a tight circle made by your thumb and pointer finger, just in front of you lips (not wide open) to slowly give shallow thrusts, mimicking the sensation of entering other parts of your body.

Deep throating is not for everyone. If you have a gag reflex, it’s more likely to spark concern over your well-being once you start choking than anyone’s wildest dreams. You can, with practice, get better at it though. Just move your mouth farther and farther on their shaft until you feel discomfort, then pull back a bit, and set that as your ‘deep.’ The next time (and the time after that, and after that) you should be able to go a bit deeper.

To reiterate, that’s over the course of a few BJ sessions, and not, we repeat NOT with the use of desensitizing throat sprays or any nausea medication that suppress gagging. Seriously, don’t. Also to consider is that deep throating usually stimulates your mouth to produce saliva like mad, so things will get wet (yay!) and require attentive swallowing lest you choke on that (boo!)

You’ve been giving it your all to give them your best, so why not also give them a show? Free up your hands by keeping them off  your partner and start stimulating yourself (if you haven’t already!) with a small handheld vibe.

Eye contact is one of the most commonly-cited things that make a blow job amazing. Making eye contact lets you connect and convey how much you’re both enjoying this. It can also be part of your kinky role play: are you playing the doe-eyed student to the teacher? Maybe the confident seducer, or even the defiant Dominant.

Wow, who would have known we could write 1,400 words about giving blow jobs and not have even covered half of it? Well, here is the first part anyway. We’ll continue with part two of our guide to great head, but in the meantime, just follow this advice: focus less on what you think a blow job ‘should be’ and use what you’ve learned about their body (and what you already know about your own hands and mouth) to figure out what feels good for them.