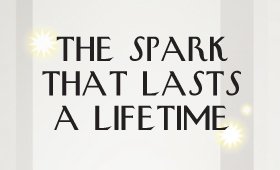 We Did the Research: Love at First Sight, Dating, Sex & Marriage

Whether you’re single AF, looking for a play partner, getting serious in a relationship, about to tie the knot, or happily married, you’ll find something interesting in this little research project we underwent here at LELO.

This survey was done on a global scale in such a way that it shows how love evolves over time, and what encourages people to have sex, fall in love, and get married. It also takes a bigger look into dating and marriage tips, and how those studied experienced sex in marriage.

Basically, everything that has to do with love, dating, sex, and marriage in the modern age, you’ll find here… straight from the horse’s mouth! Let’s have a little look, shall we?

What are your thoughts on love at first sight? If you believe in it, then you’ll be agreeing with 71 percent of those who took part in our survey.

And what’s your take on sex on a first date? Yeah, according to those who had their say all over the world, 55 percent admitted to having sex on the first date.

Speaking of first dates, there’s only a small window in which to make a good impression when meeting someone for the first time. And that window is much smaller for men than it is for women!

Our research shows that it takes men a mere 15 minutes to know whether they’re into their new lady friend, and an hour for women to make a judgement call on their male first date.

Side note: In a different sex survey conducted by us, we found that 31-40 year-olds are having the most sex, and 50 percent of surveyers agreed that doggy style was their favourite sex position!

And in another LELO study, it was found that men who have the most sex, based on profession, are farmers! This profession won by 33 percent, and these men admitted to having sex at least once a day.

This same survey also found that lawyers were the hardest to please in the bedroom.

When you think you’ve found ‘the one’, it’s been said that it takes couples, on average, 2.8 years to get engaged. Are you engaged or married? Is this accurate for you?

And when it comes to the question being popped, there are three top situations that are the most popular. In order of preference, it is on vacation, at a famous landmark, and then during the holidays. What about the ring, you ask? An average of $2000 is spent on an engagement ring.

Then, once two lovebirds have made their engagement official, there’s some interesting statistics when it comes to their bachelor and bachelorette party…

The Bachelor: 47 percent of men have admitted to having an exotic dancer at their bachelor party, with 58 percent receiving a sex toy as a gift.

The Bachelorette: 18 percent of women have admitted to having an exotic dancer at their bachelorette party, with 72 percent receiving a sex toy as a gift.

One thing that bachelors and bachelorettes have in common though, is the fact that 82 percent enjoy some innocent kink in order to relieve pre-wedding stress.

When those wedding bells start ringing (and they usually get going in June, the most popular month to get married), here are some interesting stats…

On average, a wedding sees the likes of 170 nearest and dearest. These guests spend around $200 on a wedding gift, and around 63 percent of them have had a fling at a wedding!

Newlyweds have admitted to spending quite a chunk of change on their big day, around $28,400 to be exact.

And while the experience is one of joy, happiness, and fun, it was found that only 48 percent of newlyweds actually have sex on the night of their wedding!

Love the idea of a destination wedding? Those who took part in our survey sure do! 28 percent told us that they enjoyed their honeymoon in Europe, with 21 percent heading over to the Caribbean.

This was then followed by Hawaii at 18 percent, and the South Pacific at 11 percent.

Regardless of the location, however, there’s one thing that most honeymooners have in common… that is, the amount of sex they had whilst whisked away.

It was said that newlyweds have sex at least two times per day, and 67 percent of these couples are bringing delicious sex toys into their marital sex.

You’ll be happy to know that 90 percent of married LELO customers are currently in a committed relationship, and have high levels of sexual satisfaction.

Regardless of which stage of dating or marriage you’re in, can you relate to the above info? Be sure to check in with us regularly for more infographics, and interesting facts from our lovely LELO community!