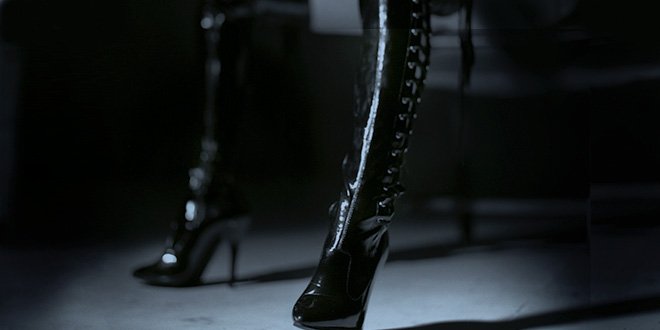 12 Extreme Sex Practices (You Can Decide for Yourself)

What is extreme sex? Well, extreme sex is…the truth is, we can’t really say. Or rather, what we think is extreme might not be extreme for other people. (And, conversely, a lot of what we consider ‘just another day at the office’ might be extreme for other people.) When it comes down to it, if people can think of it, get turned on by it, and find a way to healthily and consensually satisfy themselves, then ‘extreme’ and ‘weird’ sex practices will continue creating themselves.

In reality, sex acts get labeled as extreme by folks either to other it or to identify with it; either way, if everyone is having fun, then we certainly aren’t ones to judge! Here, we’ve picked a few extreme sex acts that you may or may not have heard of, but are probably curious about!

After a scene, or encounter, most partners will drop these roles, indulge in a little aftercare and then go back to binge-watching Game of Thrones. However, some couples choose to bring their power dynamic play (which doesn’t always look strictly ‘sexual,’ even in the bedroom) into their everyday life and live ‘24/7.’ Every relationship looks different of course, but it doesn’t always mean wearing collars and receiving spankings throughout the day; rather it can just mean some fun daily challenges and sexting.

Think your sex life is electrifying? Well, there are some who like an extra undercurrent of danger, and they get it through electro-stimulation. While the extreme end of electro sex focuses on painful electric current, it has also become more mainstream with the use of toys designed much like TENS units you would get for physiotherapy. Whichever way you like to play, there are a lot of precautions to take, so always read the warnings and instructions to your instruments carefully, and definitely don’t attempt any DIY.

‘Figging’ sounds pretty cute, doesn’t it? The actual practice of figging, however, is definitely for those with a masochistic streak. Despite the name, no actual figs are involved in this sex act, rather, ginger root. A butt plug is carved from ginger root and inserted so that gradually the wearer will start to feel a tingling sensation that is definitely not for the faint of heart.

The best thing about sex parties — is that that there are all levels of participation going on. You can do as little or as much as you like, whether that means diving in headfirst or just playing with the partner you arrived with.

Check this out: Everything You’ve Wanted to Know About Attending a Sex Party (from a Woman who Hosts them)

Does ‘sounding’ ring a bell? A urethral sound is a medical device used to keep the urinary tract open in individuals who have an enlarged prostate. Maybe you can blame it on our fascination with sexy doctors and nurses, but pretty much anything that exists as a medical procedure can be fetishized, and this is no different. Given that it is a highly sensitive and crucial part of the body, combined with the need for completely sterile instruments and extreme care, sounding is probably one of the truly most ‘extreme’ sex practices on this list.

From spit to sweat to semen and even vomit, bodily fluids are a fascinating source of sexual arousal. The truth is, bodily fluids are actually quite common in fantasies, but it’s important to distinguish that just because someone fantasizes about something doesn’t mean they desire it in real life. Regardless, this kink has a strong fanbase and these pheromone-exuding liquids represent a physical manifestation of pleasure. It’s a way that the body silently represents its thoughts, and we hear it loud and clear.

Don’t worry, this fetish has nothing to do with beastiality (which we totally don’t condone btw). Pup play is part of the dom/sub category and has everything to do with power dynamics that focus on growth and learning. Dominants often teach their pups new tricks with treat rewards. While this fetish isn’t for everyone, it appeals to those who need liberation from their everyday reality by entering a new headspace. It takes doggy style to a whole new level.

Check this out: Sharing Your Kinks & Fetishes in a New Relationship