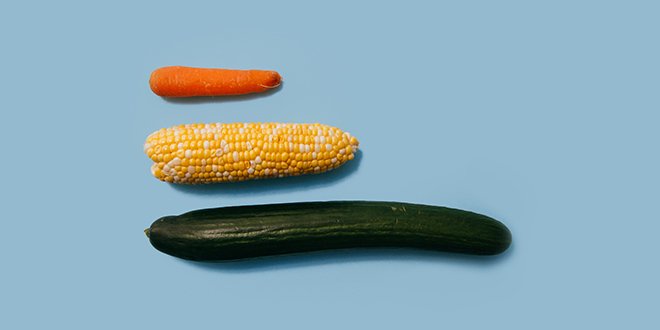 Micropenis: All The Questions You’ve Been Too Shy to Ask

Sometimes it feels as though the size of a man’s penis is the be all and end all. Most men have experienced doubt or concerns about their size at one point or another, and women tend to talk about it with their girlfriends, at length.

But just like any part of the body, we’re all individuals who have different features and characteristics. Tall, short, big boobs, small boobs, long hair, short hair . . . the list goes on. The fact is, a man’s penis has been uniquely designed, and well – it’s up to the Gods of puberty to do its thing.

To a large extent, men don’t have control over of the size of their penis, and that’s just the way the cookie crumbles. And to be fair, if men did have control over their size, the world would be saturated with massive bulges, and that isn’t exactly a pretty picture either.

So, perhaps you’re a man who feels he has a small penis. Maybe you may think that it’s so small, it could be considered a micropenis. But, in actuality, the term, ‘micropenis’ cannot be thrown around willy nilly. There is actually certain criteria that constitutes a micropenis – it’s a medical condition that is diagnosed by professionals.

In short, an adult penis that is less than 2.8 inches (7.1 cm) when erect is a micropenis. But let’s not stop the anatomy lesson there! Did you know that micropenis is actually diagnosable at birth? This is because the condition is caused by a hormonal abnormality during foetal gestation.

“The hormone imbalance is thought to be low testosterone production at that stage, which normal should increase and cause the penis to become larger rapidly in a normal male fetus. True micropenis is reported to be present in 1.5 in 10,000 born male children,” say Dr. Akhavein, MD, urologist.

At birth, a male infant with a penis size significantly less than the average, 0.9 inches (2.2 cm), would be considered micropenis.

Can You Treat Micropenis?

While the average male looking to increase their penis size may not have much luck, those with micropenis actually do have a few options to consider. But these treatment methods are mostly effective before puberty.

Psychological Factors of Men with Micropenis

It’s true that society often places great importance on the size of a man’s penis. Today’s world is all about locker room culture, and feeling the pressure associated with women allegedly wanting a man with a big penis.

But actuality, in a long-term study, it was found that men with micropenis had a healthy amount of confidence and masculinity. The research also found that these men faced no hardships when it came to their libido, sexual function, sexual satisfaction, achieving an erection, and forming sexually satisfying relationships.

For those who have not been medically examined and diagnosed with micropenis but feel that they may have the condition, they may just be misdiagnosing themselves. There are actually two other conditions similar to micropenis.

Q & A: Living with Micropenis

The majority of men with micropenis can indeed have a healthy sex life that includes penetrative sex. Very few men however may not be able to indulge, which then prompts IVF treatment or other options when it comes to having children.

According to Dr. Reitano, MD, sexual health expert, enjoying sexual activity with micropenis should be a question of finding the right positions and activities, and focusing on the positive.

He says, “While micropenis can be a discomforting condition for some men, a fully satisfying sex life can be possible both for them and their partners.”

He added, ”From a functioning point of view, the size of a man’s penis is the least significant aspect of their sexual capacity to provide a partner with the pleasure they desire.”

To do this, it’s recommended to focus on the sex acts that can be done, rather than those that can’t.

Sex educator, Kait Scalisi, MPH, says, “You can have a whole lot of fun and satisfaction from fingers, mouths, and toys. Strap-ons and penis extenders augment your body. Vibrators stimulate the most sensitive part of the genitals, whether that’s the clitoris, G-spot, prostate, or frenulum.”

Sex Positions and Toys to Optimize Sexual Activity with Micropenis

It’s clear that men with micropenis can enjoy satisfying sex lives, and that their partners too can relish in ultimate pleasure. And to experience all of the above, it’s all about finding the right positions, activities, and toys.

Additionally, penetrative sex should not be seen as the main event when it comes to bedroom antics. Oral sex – humping, grinding, rubbing, licking, and kissing are just as important and equally as satisfying.

The best position for penetrative sex is the wider doggy style.

Then, it’s always fun to find new and innovative ways to get you and your partner off – and this applies to all men and women!

And last but not least, sex toys are an excellent addition to any sexual tryst. Consider:

So, now that you know that sex with micropenis can be completely satisfying, here’s a little information about the average penis size, and what women really want – is bigger actually better?

What is the Average Penis Size, and Is Bigger Actually Better?

Interestingly however, a study conducted on men and women showed some contradicting results. 85 percent of women admitted that they were happy with the size of their partner’s penis, while 45 percent of men thought that their penis was too small.

Then, the women of Reddit voiced their opinions on the age-old question: does size matter?

“Size does matter because if it’s too big, it is incredibly uncomfortable for me. I’m a petite lady with petite parts. Not looking to wrestle a python. Between 5 (13.7 cm) – 7.5 inches (19 cm) is perfect for little ol’ me.” – DrProfessorElizabutt

“Girth matters some for me, but anything close to average is enough. I admit that a bit more size is a bit of a bonus, but not really that that much of one.” – PristineDonut

“Men make a much bigger deal out of this than women do. Generally there is such thing as too small and too big, but the middle range encompasses 90% of men.

Average really does do the trick. It’s so much more about paying attention to a woman’s needs. A lot of men with gifted packages feel like they don’t need to do anything extra to satisfy their partner. But nothing is worse than a man who is selfish in bed and just focuses on getting himself off with penetration and zero foreplay. I’d rather you rock a 4” (10.1 cm) and know how to really get me going than to have an 8” (20.3 cm) and just pump a few times and go to sleep.” – Luciditi89

And there you have it! When it comes to women, penis size really isn’t the biggest concern. I guess it’s true – it’s all about the motion of the ocean!